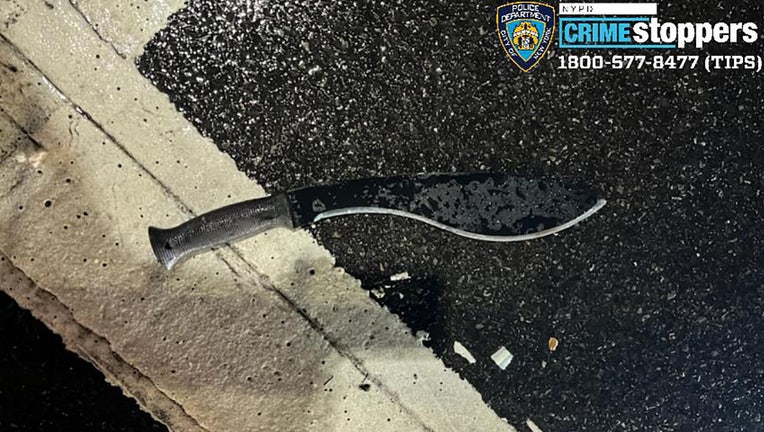 The NYPD released a photo of the weapon they said was used to attack officers on New Year's Eve.

NEW YORK - Authorities in New York City are investigating whether a man who attacked three police officers with a machete at a New Year’s Eve celebration, striking two of them, was inspired by radical Islamic extremism, according to a law enforcement official familiar with the matter.

The attack happened a little after 10 p.m. about eight blocks from Times Square, just outside of the high-security zone where revelers are screened for weapons. Two of the officers were struck with the machete before an officer shot the man in the shoulder.

The two officers were hospitalized, one with a fractured skull and the other with a bad cut. Both are expected to recover. 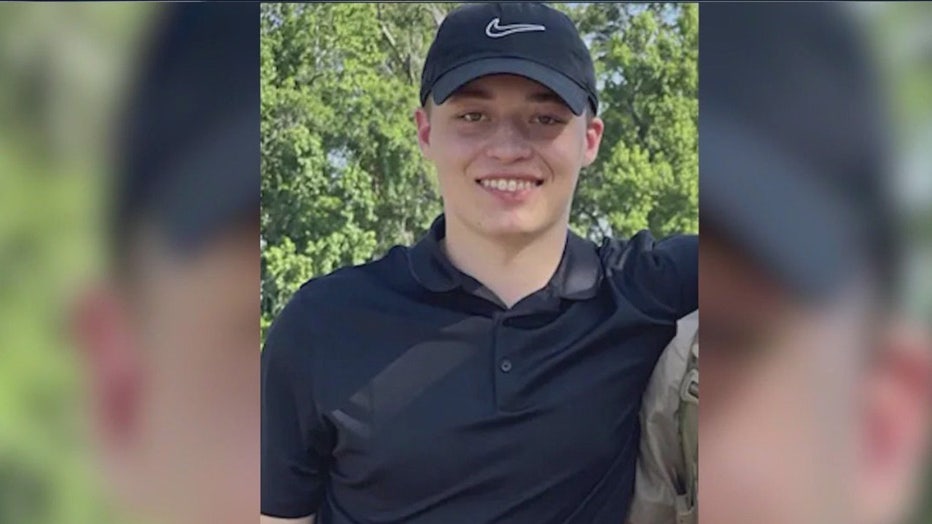 Investigators believe Bickford traveled to New York City earlier in the week and are looking into whether he came to New York specifically to attack police officers.

New York City police and federal officials are still trying to discern a motive, and investigators have been reviewing Bickford's online postings, which included some mentions of Islamic extremist views, a law enforcement official said. The official could not publicly discuss details of the ongoing investigation and spoke to AP on condition of anonymity.

The attack and sound of a gunshot briefly sent some people in the crowd running, but the incident did not impact the festivities in Times Square, which continued uninterrupted.

Mayor Eric Adams said at a news conference that he had spoken to one of the wounded officers as he was being stitched up at the hospital.

"He was in good spirits," Adams said. "He understood that his role saved lives of New Yorkers today."

The NYPD mounts a massive security operation every year to keep the New Year’s Eve crowd safe. Thousands of officers are deployed in the area, including many new recruits to the force.

One of the injured officers only graduated from the police academy on Friday, the mayor said.

The blocks where the biggest crowds gather to see performances and the midnight ball drop can only be accessed through checkpoints where officers use metal-detecting wands to screen for weapons. Large bags and coolers are banned. Barriers are set up to prevent vehicle attacks in the secure area. 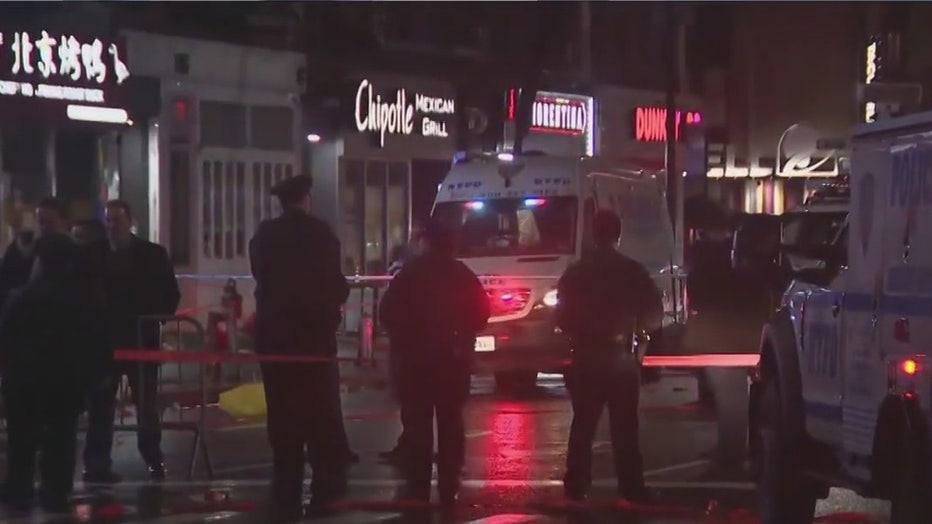 The security perimeter can only extend so far, though. The attack took place on 8th Avenue, which is often packed with thick crowds navigating around the frozen zone or trying to find one of the secure entrances.