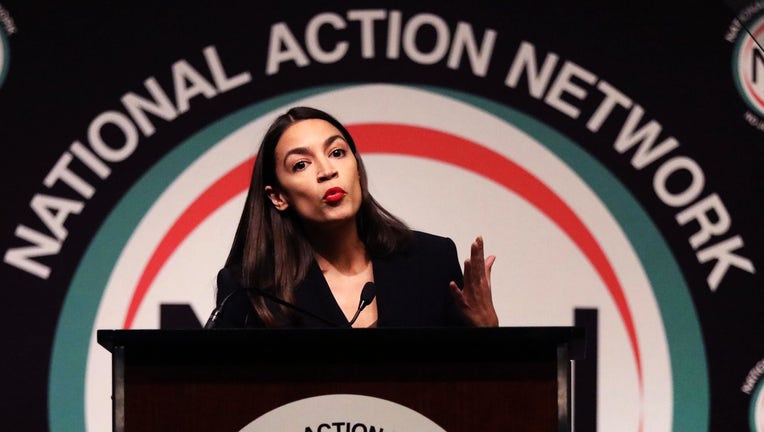 (FOX NEWS) - New York Democrat Alexandria Ocasio-Cortez reportedly hired a top Hollywood talent agency and explored a possibility of writing a book, though the deal appears to have gone nowhere.

Ocasio-Cortez, the self-described Democratic Socialist who got into Congress after defeating prominent Democrat Joe Crowley in her district in November, has come to symbolize the party's leftward movement.

The book deal, in the end, didn't materialize, with reasons remaining unknown, the report said. It's also unclear if the book deal will be resurrected at a later date or whether she continues working with the top Hollywood talent agency that reportedly represents the likes of George Clooney, Emma Watson, and Brad Pitt.

The congresswoman's office neither confirmed nor denied the talks she had about the book deal, according to the outlet. Her office did not immediately respond to an email from Fox News.

Book deals signed by incoming members of Congress aren't new, although few existing members ink such deals due to strict regulations that prohibit receiving an advance for the book.

Rep. Ilhan Omar, a freshman Democratic lawmaker from Minnesota who's facing multiple controversies, entered a book deal worth up to $250,000, though the exact figure remains unclear, before officially becoming a congresswoman, Forbes reported.

The book by Omar, the first Somali American to serve in Congress, has the working title, "This Is What America Looks Like," and will be published by Dey Street. It will touch upon Omar's upbringing in Somalia, her years as a refugee in Kenya and her subsequent arrival in the United States.