The year was 1991, and Allen Olsen was hiking a mountain now known as Piestewa Peak when he suddenly suffered a stroke. Fast forward three decades, he finally got the chance to finish a hike that was cut short. FOX 10's Irene Snyder reports.

PHOENIX - A man who survived a stroke 30 years ago at what was then called "Squaw Peak" is back at a trail on the same mountain, and finally finishing it up with his family.

Man had no symptoms prior to stroke

It's been 30 years since Allen Olsen last hiked up what is now known as Piestewa Peak. On Dec. 27, 1991, Olsen, who was 27 at the time, made it three-fourths of the way up when he suddenly suffered a stroke.

Olsen was 27 years old at the time, and had no symptoms when he collapsed on the trail.

"Just passed out," said Olsen. "I was 27 years old, good health, and all of a sudden had a stroke," said Olsen.

It was a major stroke, and Olsen had no immediate way of getting help.

"My mom was ten days away from having my brother, so she wasn't here, and it was before the age of cell phones," said Lauren Nielson.

Thankfully, he ran into an off-duty fireman who happened to have a Motorola cellphone. His call to 911 sent the whole rescue in motion.

"They cabled me down 60 feet, I think, and brought me down," said Olsen. "Had an ambulance waiting and took me to St. Joe's."

For Olsen, the journey continues 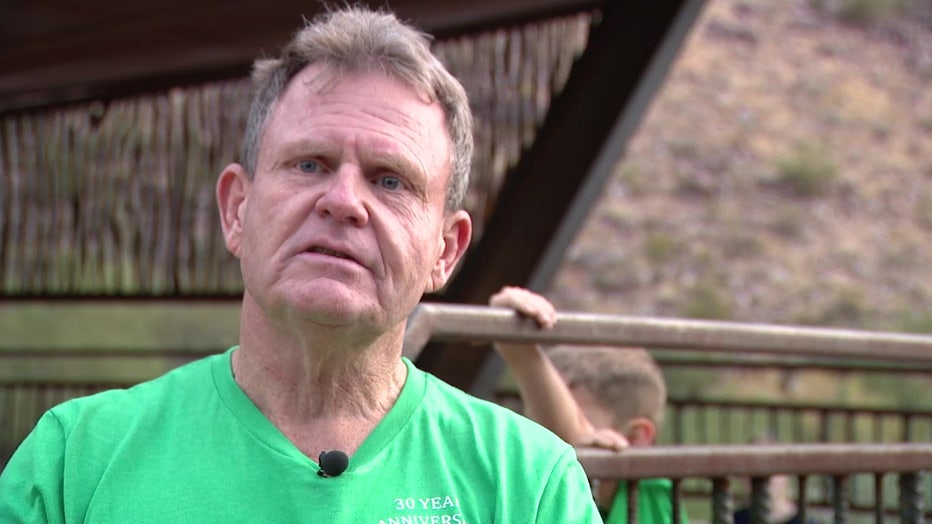 Right after his stroke, Olsen lost his speech and motion on his right side. After years of physical therapy, he is still dealing with the stroke's after-effects. However, Olsen and his family, even his 81-year-old mother, have returned to the exact same trail.

"Here to celebrate him and all he has accomplished," said Nielson.

After 30 years, Olsen can say he has finished this hike, but his journey is by no means over.

Olsen says he might come out and try the hike over again.

Why did they change the name of the mountain to Piestewa Peak?

When Olsen suffered his stroke while on the trail, the mountain that people in the Phoenix area now know as Piestewa Peak was known as "Squaw Peak."

According to an Associated Press article in 2020 on the renaming of a Phoenix street with a similar name, "squaw" is a slur historically used to describe Native American women.

The mountain was renamed after Army Spc. Lori Piestewa in 2003, less than a month after she was killed in Iraq. The name change was made official by the U.S. Board on Geographic Names in 2008, following a required five-year wait before the federal government board will name geographic feature on maps and other federal publications after the dead.

Piestewa, a 23-year-old Hispanic-Hopi mother of two from Tuba City on the Navajo Reservation, died after her convoy took a wrong turn and was ambushed near Nasiriyah in March 2003. Some of the members of 507th Maintenance Company, including her best friend, Jessica Lynch, were taken prisoner. Others died.

The story of Lynch's capture and dramatic nighttime rescue made her an instant celebrity. Lynch attends annual ceremonies at the peak and named her daughter for her fallen friend.