PHOENIX - Police say on Oct. 11 just before 11 p.m., a suspect entered the Circle K store near 36th and Oak streets and waited for customers to exit.

Then he approached an employee behind the counter, pushed her, and demanded money from the cash register. When she tried to call 911, the suspect fled the scene.

Investigators say even though the suspect is wearing a mask, he could be recognizable due to the quality of the store's video surveillance in the soda machine area. 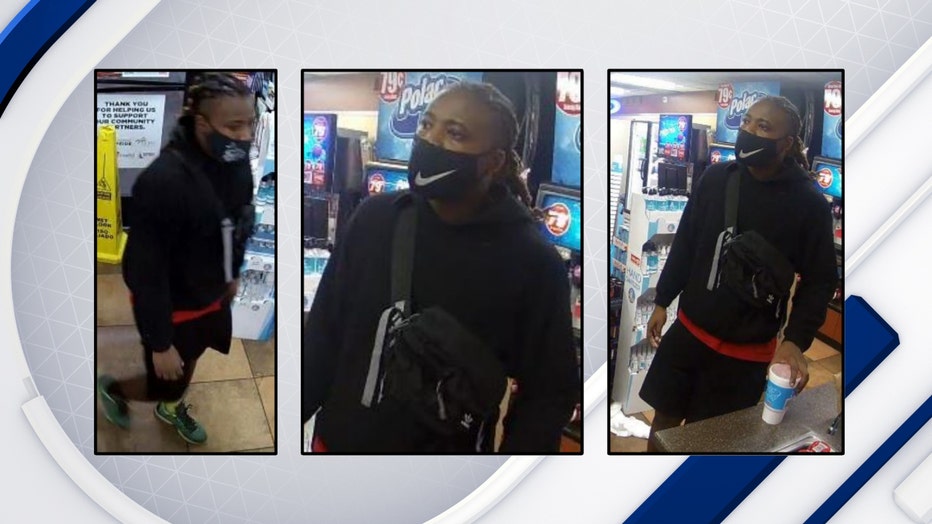 The suspect is described as a Black male, 6' to 6' 3" tall, 180 - 200 pounds, with long hair. During the robbery, he was wearing a black face mask with a Nike logo on it, black hooded sweatshirt with a red shirt underneath it, and black shorts. He was also carrying a black shoulder bag with an Adidas logo.