More than 20 bands from the Valley and around the world are set to take center stage Friday night in Downtown Phoenix. FOX 10's Stephanie Olmo reports.

PHOENIX - More than 20 bands from the Valley and around the world are set to take center stage Friday night in Downtown Phoenix.

The event, called "Phoenix Unknown: World Music and Night Market", is the first event of its kind. There will be music, along with local food vendors representing more than 30 countries at music venue "The Van Buren", as well as its surrounding alleys.

The event is open to people of all ages.

"There is over 160 different languages spoken in Phoenix alone," said Charlie Levy with the Van Buren. "We were blown away, and someone said they should've had an Anthony Bourdain episode of Phoenix. Phoenix Unknown."

There will be a fusion of different cultures at the Van Buren during the event.

"It's always good to know your neighbors and know your community, and I think when people think of Phoenix, they don't realize that we are just a diverse and awesome community," said Levy.

There will be 30 different vendors from all over the world, selling anything from Nigerian food, Jamaican food, and Somalian food, to name a few. Aside from the food, they'll be over 20 musical acts representing over 20 different countries. Amongst them is a Colombian band called Jaleo.

A portion of the event's proceeds will go to the International Rescue Committee.

"We rely completely on these donations to be able to provide much-needed services, whether it be emergency rent for families, much-needed supplies, refugee families in a variety of ways," said Danielle Luna with the International Rescue Committee. 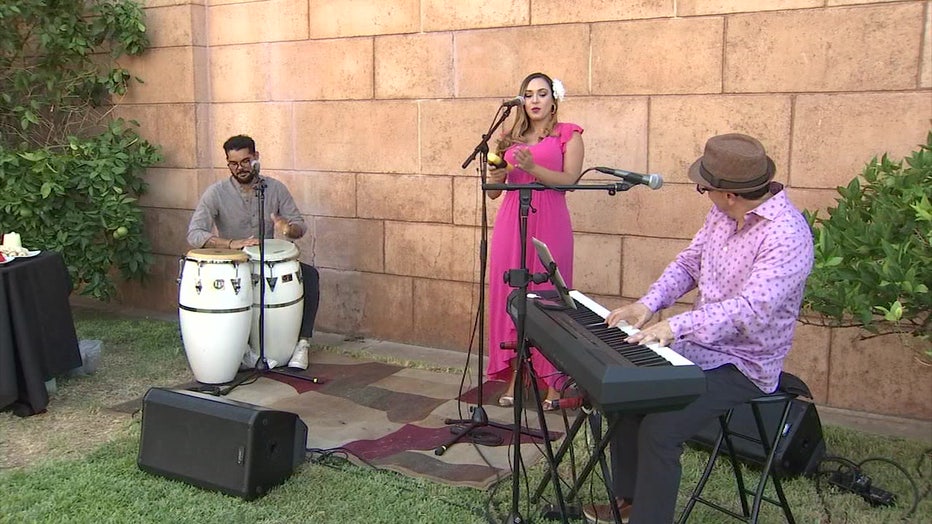