The Phoenix Zoo is helping to save the endangered black-footed ferrets, and they need the public's help to name one of their new litters. FOX 10's Steve Nielsen reports.

PHOENIX - The Phoenix Zoo is asking the public to help name one of its black-footed ferret litters.

The zoo is caring for 27 black-footed ferret kits and officials say it’s the most successful breeding season in 20 years. The first litter was born in May and the last in June.

The Phoenix Zoo is one of six facilities worldwide breeding black-footed ferrets for release to the wild. The species is considered one of North America’s most endangered.

The public is being asked to vote on three groups of names:

Once thought to be extinct in the wild, the black-footed ferret has returned to its native habitat through reintroduction efforts facilitated by state, federal, tribal and non-governmental wildlife conservation partners.

The zoo has produced over 500 black-footed ferrets in 30 years of involvement with the breeding program, with many released into the wild in prairie grasslands in Arizona and other parts of their native range.

Vote for the best set of names: bit.ly/ferret-naming-contest 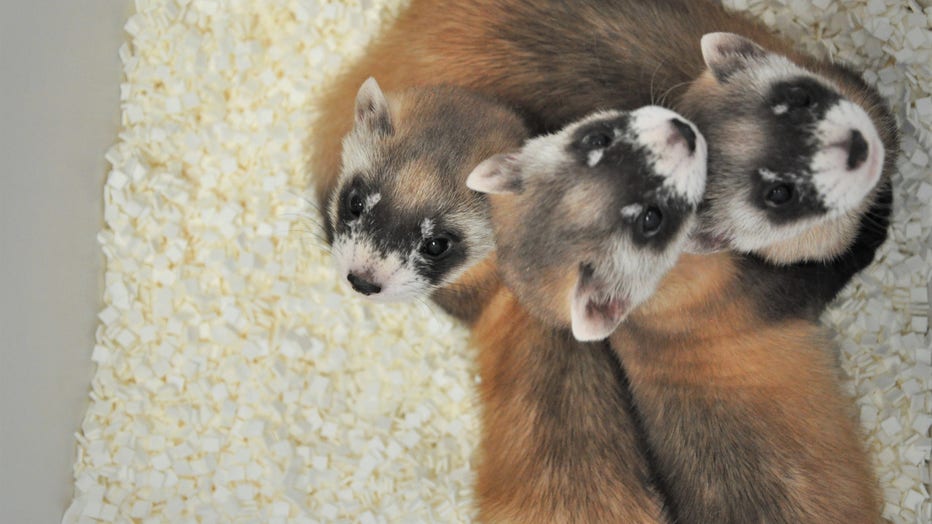 A litter of kits rests inside a box. The black-footed ferret is considered one of North America's most endangered species, officials say. (Phoenix Zoo)