Amy Leagans has been reported missing out of Chandler since October.

PHOENIX - Chandler Police officials say an arrest has been made in connection with the death of a woman whose body was found in the area of 3100 S. Central Avenue near the river bottom.

"It is unknown at this time how long the female had been there. There were obvious signs of foul play," stated Phoenix Police Sgt. Ann Justus.

Police later determined that foul play did play a role in Leagans' death.

Leagans' family reported her as missing on Oct. 27. They had contacted the Chandler Police Department to report that they had not heard from her since Oct. 21.

Legans' family has released a statement that reads:

"It is with a heavy heart and great sorrow that I have to announce the sudden and tragic death of my younger sister Amy. The death of a close family member, at any age, is devastating, but the pain and anguish is even more compounded when the death comes at the hands of another human being." 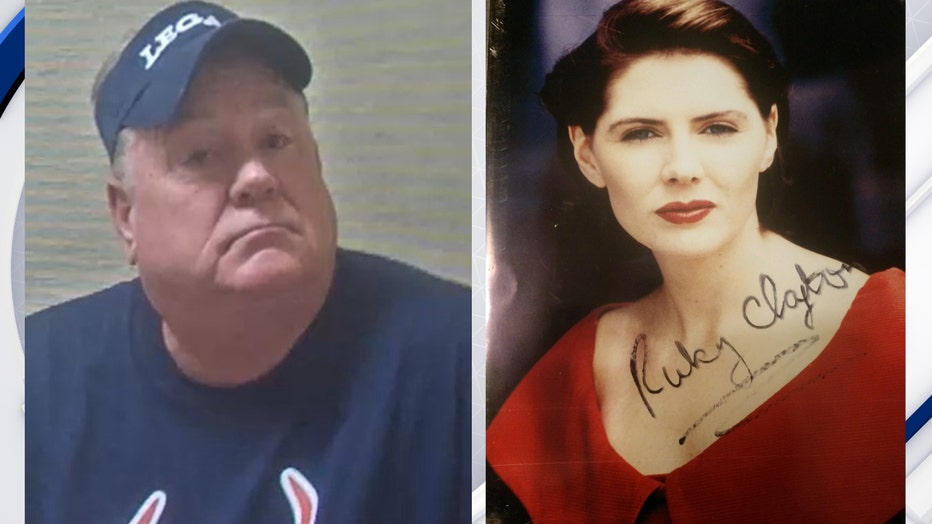 During the investigation, police said they identified suspicious circumstances regarding Leagans' disappearance and identified 61-year-old Timothy Sullivan as a suspect. Sullivan was arrested on Nov. 25, according to Chandler Police officials.

If you have any information about this case, call the Phoenix Police Department at 602-262-6151 or Silent Witness. You can remain anonymous and receive a cash award for tips leading to an arrest or indictment.

In another statement from the family, they thank all the efforts in this case, saying in part:

"The Leagans family would like to thank all of the people in the Chandler, Phoenix and Scottsdale areas who provided information and worked with the police department to assist with the capture of Timothy J. Sullivan. Sullivan is the person of interest in the murder of Amy 'Ruby' Leagans."

Adding, "With the arrest of Sullivan, we can now focus on healing and celebrating Amy over the Thanksgiving holiday."