Phoenix Police detectives believe the the shooting began after males met in the parking lot of a business at 43rd Avenue and Bethany Home Road to conduct a transaction that was arranged over social media. Three people were dead as a result of the shooting. FOX 10's Justin Lum reports.

PHOENIX - Police are investigating a shooting that left two men and one teenager dead in west Phoenix and now families are remembering the young lives lost.

According to police, the shooting happened just after midnight on Aug. 20 on the southeast corner of the intersection of 43rd Avenue and Bethany Home Road. Officers were called out to the area for a shooting call just after midnight, and when they arrived, they found three people with gunshot wounds.

Investigators say the three were taken to an area hospital, where two of them were later pronounced dead. The third person, identified as a teenage male, is listed in critical condition, and is expected to survive.

Later, investigators learned that two other adult men took themselves to a different hospital. One of the two was later pronounced dead, while the other, who was detained by police, was not injured.

During the afternoon hours of Aug. 20, police identified the three people who died. They were identified as 19-year-old Victor Manuel Cruz, 19-year-old Avery Young, and 16-year-old Salvador Gomez Medina.

"Detectives believe the males met in the parking lot of a business at 43rd Avenue and Bethany Home Road to conduct a transaction, which had been arranged over social media," police said in a statement Friday.

According to family, the boys were selling shoes.

At some point, the meeting escalated into an exchange of gunfire and at least 20 rounds were fired.

"What I can say is we don't believe there's anybody else involved in the incident that we haven't accounted for so there's no known threat to public safety," Sgt. Andy Williams said.

Police are investigating a shooting that left two men and one teenager dead in west Phoenix and now families are remembering the young lives lost.

Genevieve Vasquez, who is a family member of Gomez Medina, is remembering his life.

"All I gotta say is he was a good kid, and I'm barely coming into their family and I got a strong bond with him. It really hurts me," said Vasquez.

"He was also a good kid," said Vasquez. "Working, supporting his mother as best as he can, his siblings, so we don't know how to react to this because everyone we knew is in that car."

The family of Young is raising money for the 19-year-old who also died in the shooting. 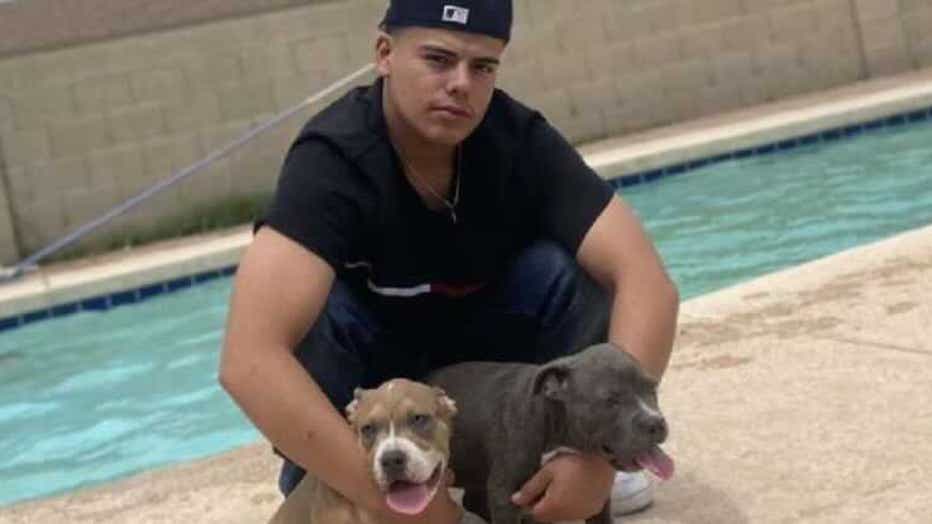 Margaret Torres, Young's aunt, says, "To see these young people dying, I even felt bad because I didn’t even know it was my nephew involved and we were really close when he was young."

She found out her nephew died hours after the deadly shooting.

She says Young was always smiling and a good kid who loved his late grandmother.

Torres, born and raised in Phoenix, says she doesn't recognize the city anymore. "It scares me. I worry about my kids. I have younger kids. Just seeing this, I’m scared."

Adding, "I have good memories, good memories of him and I’m sure he didn’t go there to kill anybody or anything like that. I don’t know what happened. It’s totally senseless." 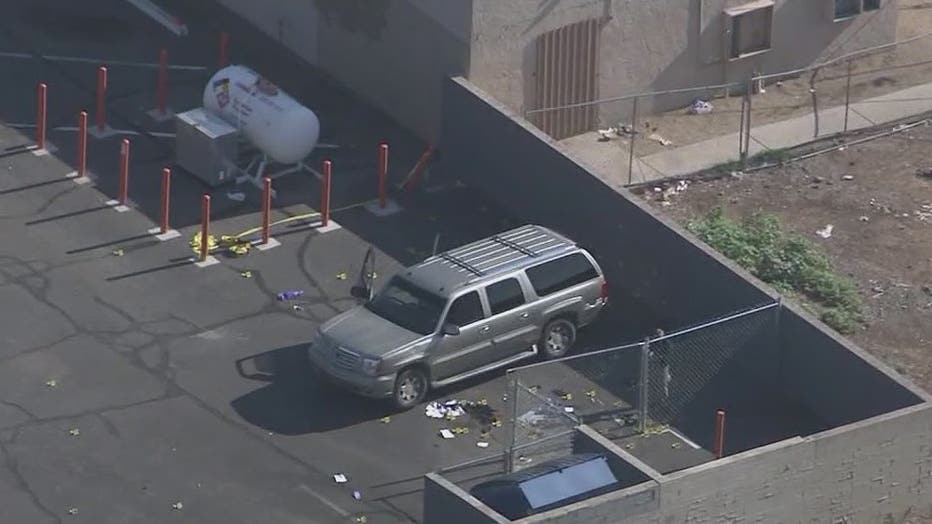 Police are investigating a shooting that left three men dead and another critically injured in west Phoenix.

Man accused of stealing catalytic converters from cars in Glendale

Spencer Okeefe, 27, now faces burglary charges after a catalytic converter was cut from a Kia SUV parked outside of a Glendale rehab center back in July.

Pedestrian killed in crash near I-17 in North Phoenix

The crash happened at around 3:30 a.m. on Aug. 20 on the northbound off-ramp for Peoria Avenue, officials say.