The man, identified as Tre-Shawn Dorsett, was arrested on Jan. 18, after officers responded to reports of shots fires near Stapley Drive and Main Street. A subsequent pursuit later led police through Tempe and Phoenix. FOX 10's Nicole Garcia reports.

MESA, Ariz. - Police say they used a grappler device to arrest a man accused of speeding and firing off gunshots in a Mesa neighborhood.

According to police, officers responded to reports of shots fired on Jan. 18 in a neighborhood near Stapley Drive and Main Street.

The witness took a photo of the driver and said they heard four gunshots when the vehicle left.

Police located a second witness who said they also saw the Dodge Charger speeding up and down the same street. The witness said they were outside their home when the driver held a gun outside the car's window and fired off four shots before leaving the area.

Police located the Dodge Charger and saw a man getting into the vehicle who matched the picture of the driver that was taken by the first witness.

Police say they deployed a grappler to arrest a man accused of speeding and firing off gunshots in a Mesa neighborhood.

A police helicopter followed the vehicle through Tempe and Phoenix before officers deployed the grappler to stop the suspect.

"There were no marked vehicles, no lights or sirens," said Richard Encinas with Mesa Police. "We had eyes on him with our helicopter. They didn’t want to escalate the situation at all. When they felt the scene was safe, they went ahead and deployed it."

The car was stopped without any damage or injuries, and the suspect, identified as 21-year-old Tre-Shawn Dorsett, cooperated.

"Dorsett admitted to officers that he was speeding and that someone yelled at him, but denied having a confrontation with anyone, even when he was shown the photo of himself antagonizing the first witness," police said.

Police officials say the grappler helps avoid using other, more risky tactics, such as the PIT maneuver or boxing the suspect vehicle in.

"When the deployment happens, they get up as close as they can to the vehicle, and it literally looks like a spider web, shoots out from the front bumper. The goal is to hit one of the back wheels, and it brings the car to a stop," said Encinas.

The Arizona Department of Public Safety also uses the grappler. In a video released November 2021, a trooper was seen deploying it during a high speed chase. The grappler grabs a rear tire, and the pursuit comes to an end without a crash.

In Mesa, the pilot program has been so successful, that the department plans to purchase 24 more such devices.

"In every one of the cases so far with Mesa, it's resulted in no injuries to officers, possible suspects, and most importantly, no damage to vehicles," said Encinas.

Dorsett was booked into jail and is accused of multiple charges, including discharging a firearm within city limits. 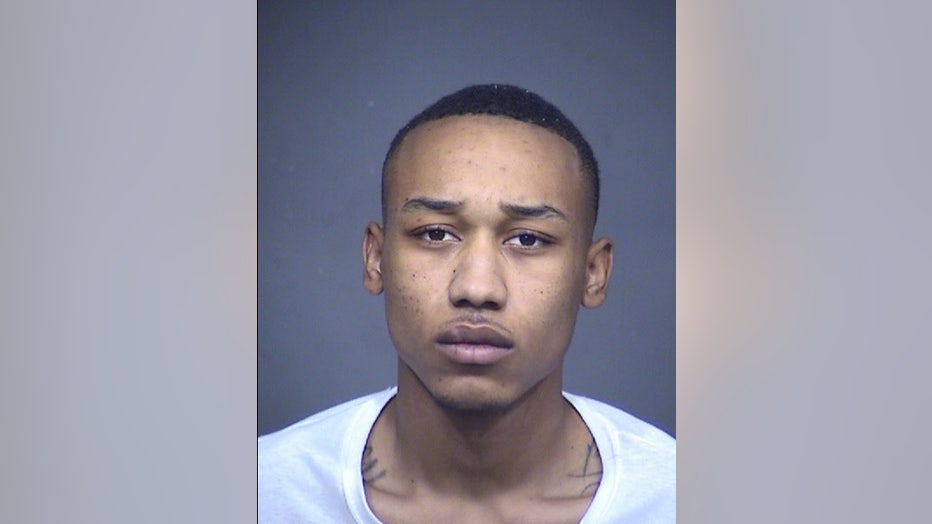