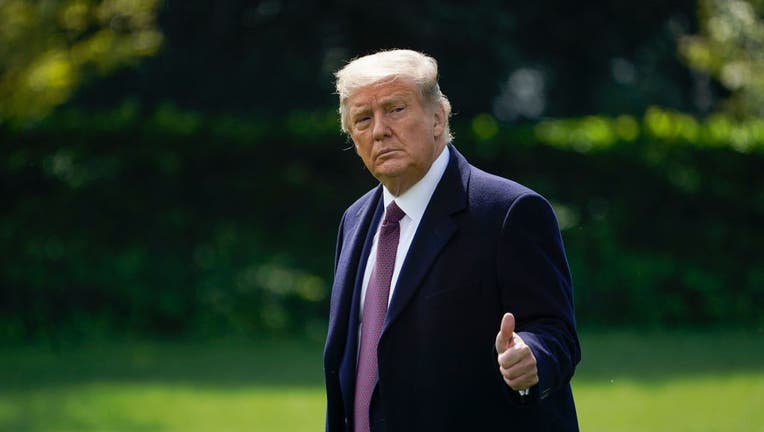 U.S. President Donald Trump walks to Marine One on the South Lawn of the White House on October 1, 2020 in Washington, DC. (Photo by Drew Angerer/Getty Images)

WASHINGTON - President Donald Trump hinted on social media that he plans to be in Washington D.C. for a planned protest on January 6.

"JANUARY SIXTH, SEE YOU IN DC!" he tweeted on Wednesday.

Earlier this month, Trump promised a "wild" protest in Washington, D.C., on Jan. 6 -- the day Congress will meet to accept the presidential election results.

"Statistically impossible to have lost the 2020 Election," he tweeted. "Big protest in D.C. on January 6th. Be there, will be wild!"

But Trump and his campaign have disputed the results and launched numerous legal challenges, although nearly all of them have failed. Earlier this month, the Supreme Court shot down a Texas lawsuit trying to nullify millions of votes in key swing states.

President Trump spent Christmas in Florida, but it was reported Wednesday night that he would be returning to the White House on Thursday -- earlier than originally planned.

The president’s early departure for Washington, D.C., comes as guests are set to attend the annual New Year’s Eve gala at Mar-a-Lago, at which Trump has made remarks for the previous three years of his presidency, according to The Hill.