WASHINGTON - The Supreme Court has cleared the way for the House committee investigating the Jan. 6, 2021, insurrection at the U.S. Capitol to get phone records belonging to the leader of the Arizona Republican Party.

The high court on Nov. 14 rejected GOP state chair Kelli Ward’s request to halt the turnover of records while a lawsuit proceeds. The court lifted a temporary order that had been put in place by Justice Elena Kagan that had paused anything from happening while Ward’s emergency request was at the Supreme Court.

As is common in situations involving emergency requests to the court, the justices did not explain their reasoning in their three-sentence order. Justice Clarence Thomas and Justice Samuel Alito said they would have sided with Ward.

Ward has said her First Amendment rights would be chilled if investigators were able to learn whom she spoke with while trying to challenge former President Donald Trump’s 2020 election defeat. Ward attorney Alexander Kolodin said he had not yet seen the order and had no immediate comment.

A federal appeals court panel previously ruled 2-1 against Ward and said the committee should get records of calls she made and received from just before the November 2020 election to Jan. 31, 2021. That includes a period when Ward was pushing for Trump’s election defeat to be overturned and Congress was set to certify the results in favor of Democrat Joe Biden.

The appeals court ruling followed a September decision by a federal judge in Phoenix who also ruled against Ward.

Kelli Ward and her husband, Michael Ward, were presidential electors who would have voted for Trump in the Electoral College had he won Arizona. Both signed a document falsely claiming they were Arizona’s true electors, despite Biden’s victory in the state. 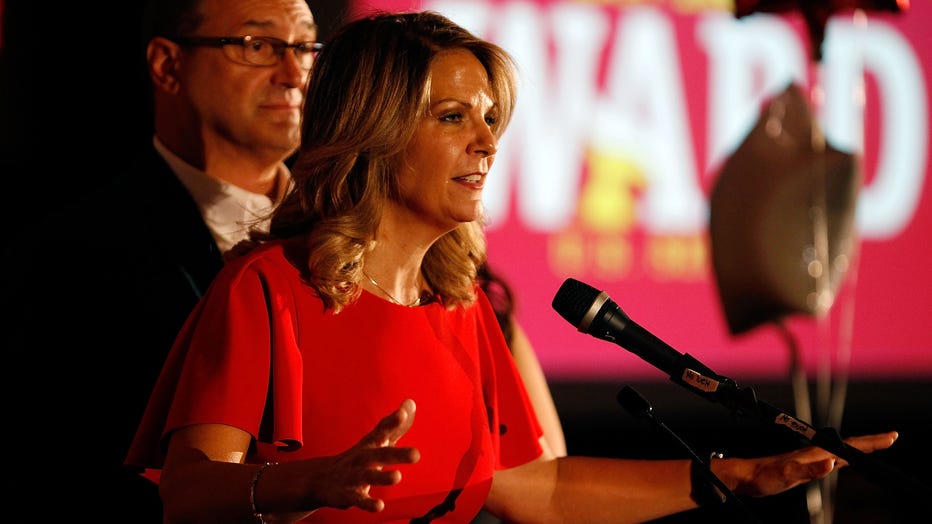 SCOTTSDALE, AZ - AUGUST 28: Arizona GOP senate candidate Kelli Ward, with husband Michael Ward by her side, concedes the primary in a speech to supporters at an election night event on August 28, 2018 in Scottsdale, Arizona (Photo by Ralph Freso/Gett (Getty Images)