Family whose home was destroyed by wildfire reunited with pigs

The family, who lives north of Flagstaff, had to abandon their potbelly pigs when they evacuated, but with help from others, including Arizona Game and Fish, they were able to be reunited with the pigs. FOX 10's Marissa Sarbak reports.

FLAGSTAFF, Ariz. - One family north of Flagstaff may have lost their home to the Tunnel Fire, but they were reunited with some of their lost pets, thanks to some quick thinking and the help of firefighters, as well as the Arizona Game and Fish Department.

"That fire was moving so fast," said Tim Holt with Game and Fish. "It was down to minutes that the residents had to grab everything they could."

For that family, they released their two 70-pound potbelly pigs, and headed for safety.

"I think that was the only thing they could do," said Holt.

Read more about the Tunnel Fire

Officials with Game and Fish say releasing animals is the best option if people can’t take it with them. The family left on Tuesday morning, and on Thursday, firefighters were able to find and capture the first pig. On Friday, Holt and his colleague spotted the second pig, and managed to reunite the family. The reunion gave the family just a shred of happiness after such a devastating loss. 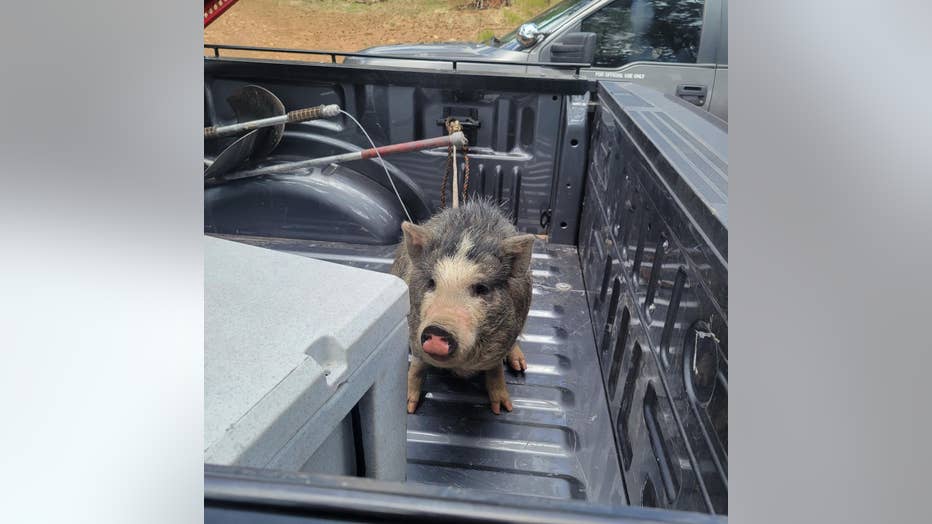 "They were so excited," said Holt. "It was good to see the smiles on their faces, especially after being through so much emotionally."

Catching the pigs, however, wasn’t the easiest job. Crews tried to use a rope, but couldn’t get close enough. They later tried what pigs love best.

"We had some leftover breakfast scraps. Part of a waffle, some hash browns, and a banana, and that seems to work," said Holt. "As soon as we threw the food on the ground, in typical pig style, it came right to the food."

The pigs were first brought to Northern Arizona Animal Search and Rescue, who had already located the owners.