Man on US Marshals Most Wanted list arrested; mother of victim speaks out

According to reports, the mother of Krystal Mitchell, who is a former detective, has spent the past six years looking for the person who killed her daughter. FOX 10's Stephanie Bennett caught up with Josephine Wentzel.

PHOENIX - As news spread that U.S. Marshals have arrested a man who was on their Top 15 Most Wanted list for allegedly killing Krystal Mitchell in San Diego in 2016, the victim's mother, a former detective who spent the last six years searching for the man, is speaking out.

According to reports by FOX News, Raymond "RJ" McLeod was arrested after spending years on the run in Central America.

San Diego police found Mitchell, 30 at the time of her murder, dead on June 10, 2016, according to authorities. She had been dating McLeod for just a few weeks.

Detectives said the scene showed "signs of a struggle." Both McLeod and Mitchell were from Phoenix, Arizona, visiting California to see friends, according to authorities.

San Diego prosecutors quickly obtained a murder warrant, but by December 2016, McLeod had still eluded capture. Local investigators asked for the Marshals’ assistance, kicking off a search that came to an end Monday in Sonsonate.

Mitchell’s mother, the former Detective Josephine Wentzel, came out of retirement to help track down her daughter's alleged killer — a hulking former Marine who at the time of his disappearance stood at 5 feet, 11 inches tall and weighed around 230 pounds. Marshals and Salvadoran authorities arrested him around 4:30 p.m. Monday after receiving a tip that he was teaching English in a school in Sonsonate, about 40 miles west of San Salvador near the Pacific Ocean.

McLeod was the first suspect to ever enter the U.S. Marshals’ Top 15 Most Wanted List with a whopping $50,000 reward. At the time he went on the lam, he already had a history of domestic violence, according to the Marshals. 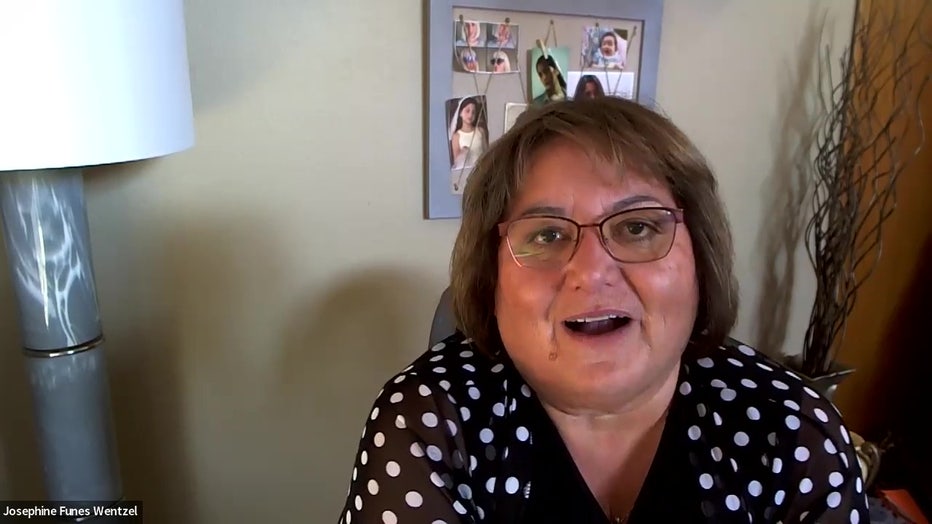 "I just started crying. I cried. I was like, ‘Francisco, we did it,’" said Wentzel.

Wentzel has been searching for the man accused of killing Mitchell for the past six years.

"When he took [Mitchell] from our lives, he tore a hole in our hearts, and I just decided to get involved," said Wentzel. "I wanted justice for her. I wanted her kids to see justice, and I wanted to see justice before I left this Earth."

Wentzel said she spent every day searching through social media, looking for clues on where to find McLeod. She passed along to authorities every new detail she found.