If you've driven near downtown Milwaukee, you might have noticed a big blemish off I-43 near 12th and Walnut. Phoenix Suns fans can be a little petty, and they've brought that to our turf!

MILWAUKEE - If you've driven near downtown Milwaukee, you might have noticed a big blemish off I-43 near 12th and Walnut. Phoenix Suns fans can be a little petty, and they've brought that to our turf! A new billboard popped up ahead of Game Six of the NBA Finals vs. the Milwaukee Bucks, cheering for the "other guys." 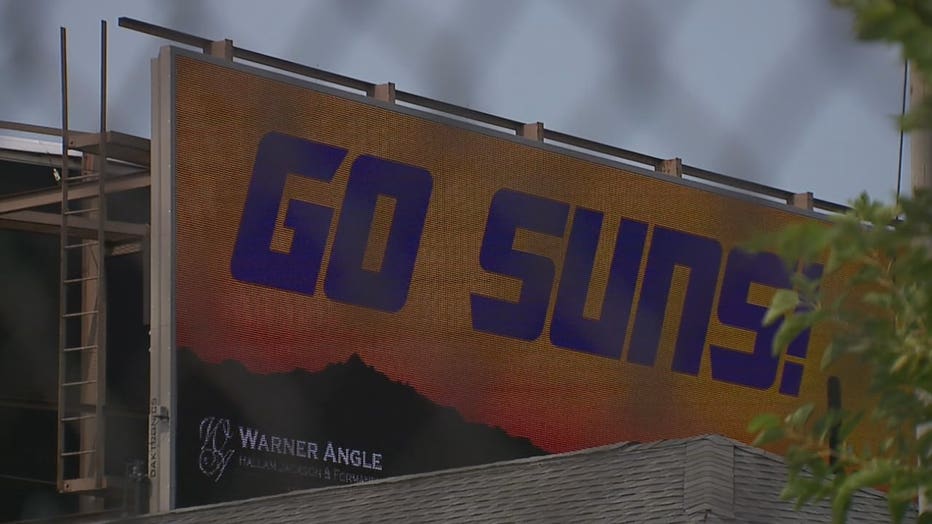 At Zippy's Car Wash near 12th and Walnut, you usually drive away shiny and clean, but something popped up in the back lot that's left people feeling grimy.

"I don’t know who did that, but that’s a joke," said Bruce Davis.

When Davis arrived at work Monday, July 19, he never expected to see the giant billboard cheering the Suns. 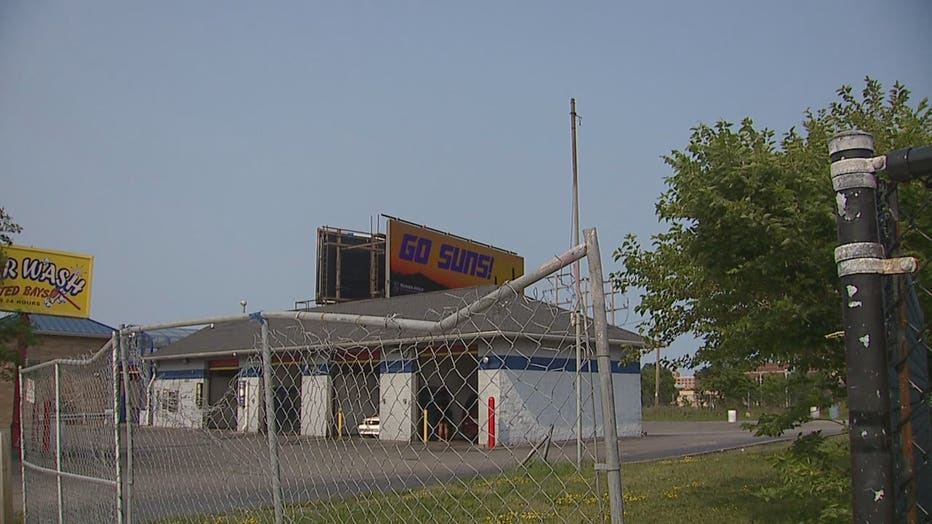 "I woke up this morning, I thought it was just a sunset at first," said Davis. "Then I seen that.  I don’t know. It’s crazy."

A big billboard with a message from the other fans stands prominent off I-43 near downtown.

"To see these two teams, this is a celebration of the NBA and of basketball," said Dean Formanek, fan of the Suns.

A Phoenix law firm paid for the message, saying it was all in good fun, but Bucks fans offered their own opinions.

"We have one saying that the Bucks will drink our tears tomorrow night," said Phillip Visnansky, fan of the Suns. 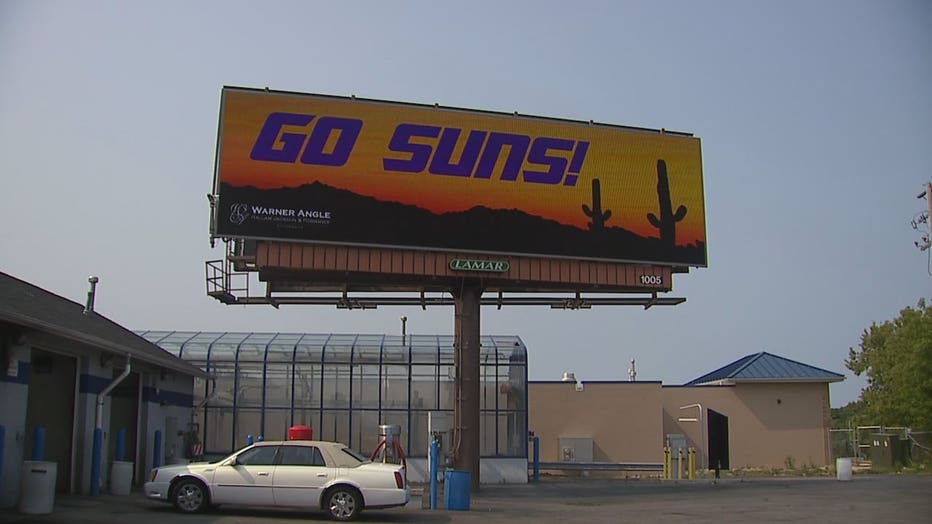 At the Deer District, fans couldn't believe it.

"It gets you a little bit excited knowing they’re worried about us and trying to get inside of our heads," said Dan Gibson.

Bucks fans defended Milwaukee and their favorite team, taking this as a sign the sun will soon set on Phoenix.

"It’s just telling us to come on strong, that’s all," said Davis.

"After Tuesday, they’re going to call to take it down," said Davis.

The law firm said no matter what happens, the message will be gone after Tuesday. If there is a Game 7, they welcomed Bucks fans to put up a billboard in their city – but we all know: Bucks in Six.