Democrat Adrian Fontes delivered his first remarks since being projected as the winner in the Arizona Secretary of State races. Fontes said his goal as secretary of state is to end partisanship when it comes to election administration. "As secretary of state, I represent all Arizonans, regardless of whether or not you voted for me. I am going to have your best interest in mind as a voter," he said. Fontes' opponent, Republican Mark Finchem, has not yet conceded the race.

PHOENIX (AP) — Democrat Adrian Fontes won the top elections post in Arizona on Friday, defeating a Republican rival who attended the Jan. 6 rally that preceded the violent attack on the U.S. Capitol and who said he would not have certified Joe Biden’s win in the state.

Fontes, who formerly oversaw parts of the election system in Arizona’s most populous county, had said Republican Mark Finchem represented a danger to democracy if he had won. The secretary of state, working with the governor and attorney general, has broad authority to rewrite the state’s election rules and plays a role in the certification of results.

Finchem had emerged as one of the most prominent Republicans running for secretary of state positions around the country who falsely claimed that Biden was not elected legitimately. He had argued for significant changes to Arizona’s elections after Biden won the state in 2020 and had been endorsed by Trump.

After winning the state’s primary election in August, Finchem said he wanted to restore the rule of law to elections in the state, declaring: "Right now, we have lawlessness."

There was no evidence of widespread fraud in the 2020 elections, including in Arizona, where reviews of the voting upheld Biden’s narrow victory.

He joined with Kari Lake, the Republican candidate for governor, in a lawsuit seeking to get rid of the machines that tabulate votes for the midterm elections and replace that process with a hand-count of all ballots in the state. Election experts say full hand-counts can be painfully slow, are prone to human error and are not as accurate as machine tallies.

The lawsuit alleged that the vote-counting machines used in Arizona aren’t reliable, a claim for which there is no evidence. They are appealing a decision by a federal judge to dismiss their lawsuit.

Fontes is a former Marine and local prosecutor who staked his campaign on pledges to protect voting rights. He lost his seat as Maricopa County recorder after one term to a Republican in 2020.

Arizona’s secretary of state race was one of several around the country featuring Republican candidates who pushed a variety of election conspiracy theories to promote the false claim that former President Donald Trump was cheated out of reelection. Many of those candidates ended up losing, including those in Michigan and New Mexico, although several went on to win the posts in heavily Republican states.

Fontes' campaign released a statement on the win, saying in full, "I am honored to be presumptively elected Arizona's next Secretary of State. I will make it my mission to bring us closer together than we have been during these last few years. The America of tomorrow can be a place where being an American is more important than your political party. We must embrace dignity for our fellow human beings and work to become Americans who respect our neighbors, regardless of how they vote. I promise to always honor and defend the ideal of fair and honest elections with the voters of Arizona and I will help reignite the flame of unity in our Republic. Thank you all so much. Let’s get to work." 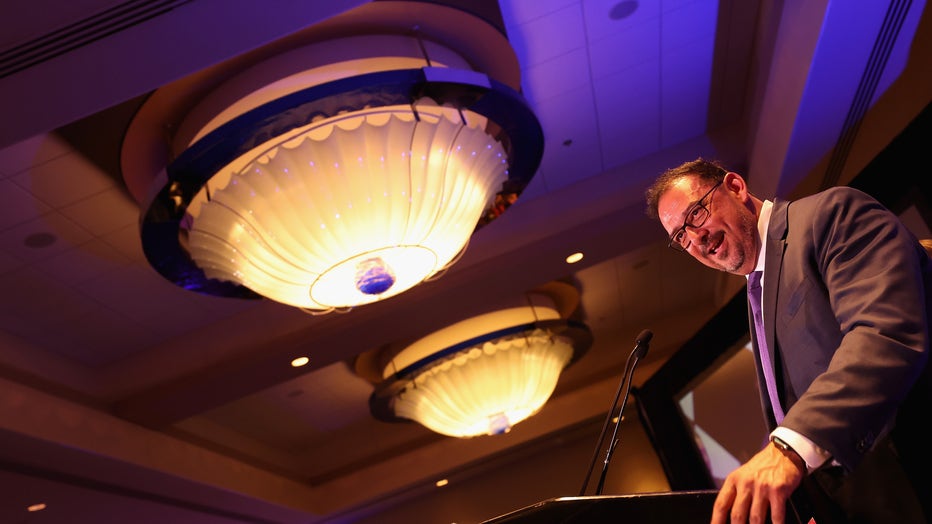 Latest on the election results in Maricopa County

FOX 10's Lauren Clark updates us on the latest happenings at the Maricopa County Elections Department as votes are still being tabulated three days after Election Day.

Nygren’s win, along with his running mate Richelle Montoya, means the Navajo Nation will have a woman in the Office of the President and Vice President for the first time.

Former astronaut Mark Kelly won his bid for a full term of office as Arizona’s U.S. Senator against the GOP's Blake Masters, according to AP.