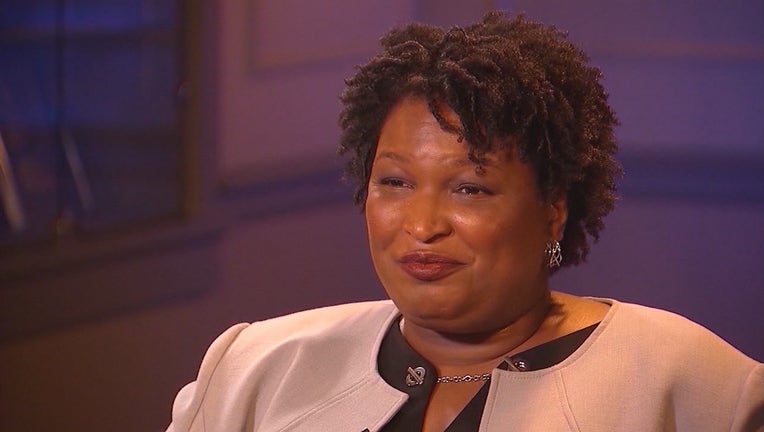 "In the areas of town we pass by and write off because no one there votes; we've gotta stop the car and go back," Stacey Abrams told the crowd in Atlanta.

Driving turnout was a major theme of the event and has long been a staple for Abrams in her bid to become Georgia's first Democratic governor in 15 years and the nation's first-ever black female state chief executive.

"We need to find those who gave up on us a long time ago, and we need to give them a reason to believe again," she said.

That strategy is key to Democrats as they try to make gains in a state that has long been controlled by Republicans. Abrams has been trying to build a "broad and diverse coalition" that includes young voters, non-white voters, and urban liberals.

Without mentioning her opponent by name, Abrams attacked GOP candidate Brian Kemp on the issue of gun rights, a topic that she has been frequently attacked from the right on.

"In our schools, in our houses of worship, on our college campuses and at our community gatherings, we will proudly demand responsible gun ownership in the state of Georgia," Abrams said.

"We are going to be a state where those who exercise their right to bear arms, will know that we don't point weapons at children," she said, referencing a controversial Kemp primary ad in which he holds a shotgun and pretends to threaten a young man interested in his daughter. "We arm our teachers with resources, not with .45s."

They backed an agenda that included expanding access to affordable health care and child care, making it easier to vote and protecting immigrants' rights.

"This November 6, our beliefs will be on the ballot," Amico told the crowd. "And I believe that real leaders like the ones you've heard from today bring our people together instead of tearing us apart."

The Republicans also talked about access to health care but stressed private sector solutions over government ones.

"We're out here on the trail today in Perry, Georgia, middle Georgia ... connecting with voters about things that matter to them," said Kemp in a video posted to Twitter.