Arizona electors meet to vote for Joe Biden as President

The electoral college meeting comes as President Trump steadfastly refused to concede the election, claiming, without evidence, that electoral fraud denied him a victory.

Biden won the Nov. 3 in Arizona by nearly 10,500 votes, becoming the first Democratic since President Bill Clinton in 1996 to carry the traditionally Republican state.

Democratic Secretary of State Katie Hobbs presided over the ceremony where the electors signed the certificates confirming Biden’s win. She had harsh words for the politicization of this year’s process, saying it had “an artificial shadow” hanging over it because of baseless accusations of voter fraud.

"It is patently un-American and unacceptable that today’s events should be anything less than an honored tradition held with pride and in celebration," said Hobbs.

Protesters surrounded the State Capital as the electors voted on Dec. 14, and Hobbs said an online threat that surfaced a week prior has prompted her to move the Electoral College meeting.

"It has pictures of electors with targets on their faces," said Hobbs. "That was pretty alarming."

While the Electoral College meeting marks the end of the process for elections officials, Hobbs has called this the beginning of a debate on how to reclaim faith in democratic institutions. Her office plans to ask lawmakers to update the state’s election procedures to ensure better accuracy and transparency.

"In looking at the post-election hand count audits, those include 2% sample precincts, increasing that to something like 5% is on our agenda, it sounds like some legislators are looking at that too," said Hobbs, who also said she plans to run for re-election in 2022.

Here are some facts about the Electoral College:

Major media organizations, including the Associated Press and FOX News, projected Biden to win enough electoral votes to win the Presidency on Nov. 7.

Before Inauguration Day on Jan. 20, 2021, however, the results of the November election will need to be certified, the Electoral College meet and vote (both of which has happened in Arizona, as of Dec. 14), and the electoral votes counted in a joint Congressional session before President-elect Biden is sworn into office.

2. What are Electoral Votes?

According to Arizona law, beginning on the first Tuesday after the first Monday in November 1956, and every four years thereafter, voters will elect a number of presidential electors that are equal to the number of United States Senators and Representatives from Arizona.

A. On the first Tuesday after the first Monday in November, 1956, and quadrennially thereafter, there shall be elected a number of presidential electors equal to the number of United States senators and representatives in Congress from this state.

Arizona didn't always have 11 electoral votes. On Election Day in 2000, Arizona voters selected eight electors. The number of electors grew to 10 in 2004's election, and to 11 in 2012's election. The state saw an increase in electoral votes due to the addition of new congressional districts. The number of Senators, as set by the Constitution, is two for each state.

3. Why did the country choose to vote for the president via the Electoral College?

According to the Associated Press, the Electoral College was the product of compromise during the drafting of the Constitution between those who favored electing the president by popular vote and those who opposed giving the people the power to directly choose their leader.

4. Who voted in the Electoral College for Arizona in 2020?

According to the official vote canvass released by the Secretary of State's Office, 11 Democratic electors were chosen to represent Arizona in the Electoral College in 2020. They are:

5. Why did Biden win all of Arizona's 11 electoral votes?

This is not something that is unique to Arizona. According to the Associated Press, all states except Maine and Nebraska award all their Electoral College votes to the winner of the popular vote in their state.

Under federal law, electors are required to meet on the first Monday after the second Wednesday in December following their appointment. This year, the date falls on Dec. 14.

7. Could the electors have voted for someone else?

An elector who votes for someone other than their state party's nominee is often called a "faithless elector."

Under Arizona law, if a presidential elector knowingly refuses to case his or her electoral college vote in the manner prescribed by the relevant laws, he or she is no longer eligible to be an elector, and the state political party chairperson who is represented by that elector will appoint another person to be an elector.

Additionally, a Supreme Court ruling in July 2020 states that a state may require presidential electors to follow the state's popular vote result in the Electoral College.

According to the Associated Press, electors almost always vote for the state winner anyway because they generally are devoted to their political parties.

8. Have there been any faithless electors from Arizona recently?

9. The electors have cast their votes. Now what?

The electoral votes will be counted in a joint congressional session on Jan. 6, 2021.

As is often the case in presidential elections, the sitting vice president appears on the ballot. Though Vice President Mike Pence will preside over the meeting, the Electoral Count Act of 1887 limits his role to little more than a custodian of the ballots.

Related: What happens at the Electoral College meeting?

10. What about claims of fraud in the election?

According to the Associated Press, there is no evidence of widespread fraud in the 2020 election. Election officials confirmed there were no serious irregularities and the election went well. Attorney General William Barr has said the Justice Department has not identified voter fraud that would change the presidential election.

“To date, we have not seen fraud on a scale that could have affected a different outcome in the election,” Barr told the AP.

In addition, members of the Election Infrastructure Government Council Executive Committee and other committees within the Department of Homeland Security have released a statement, saying that the 2020 presidential election was "the most secure in American history."

Prior to the election, FOX 10 reported on steps taken by elections officials in Maricopa County to verify mail-in ballots that were returned by voters. The signature on each returned ballot was verified in a room by at least two people, which is then followed by a final audit before the signature is approved.

"Once that’s verified, teams of differing parties separate the ballot from the envelope," said Erika Flores with the Maricopa County Elections Department in October.

The verification process makes it incredibly hard for a voter's vote to not count if they make a mistake. Elections officials will reach out to the voter in multiple ways if there’s a question about the signature or envelope. The number of ballots not counted has dropped the past three elections.

“Because our staff works so hard at contacting each voter that we have a question about their signature, it’s actually below 1%," said Flores.

11. Could the State Legislature have overturned the election result?

The Speaker of the Arizona House of Representatives, Rusty Bowers, has said in a statement released on Dec. 4 that the state legislature will not overturn the election results.

"I cannot and will not entertain a suggestion that we violate current law to change the outcome of a certified election," wrote Speaker Bowers. "Nothing in the U.S. Constitution or the decisions of the U.S. Supreme Court even suggests that the Arizona Legislature could retroactively appoint different electors who would cast their ballots for different candidates."

12. What about the lawsuits?

Fueled by President Donald Trump, some Arizona Republicans continue to question Biden’s victory in the state. Trump backers have filed multiple lawsuits trying to have the Arizona results set aside, but state and federal courts have rejected all but one of them.

Some are being appealed, and the remaining case has a hearing on Dec. 14.

"Allegations that find favor in the public sphere of gossip and innuendo cannot be a substitute for earnest pleadings and procedure in federal court," Judge Humetewa wrote in the ruling. "They most certainly cannot be the basis for upending Arizona’s 2020 General Election."

Powell has vowed to appeal the ruling. 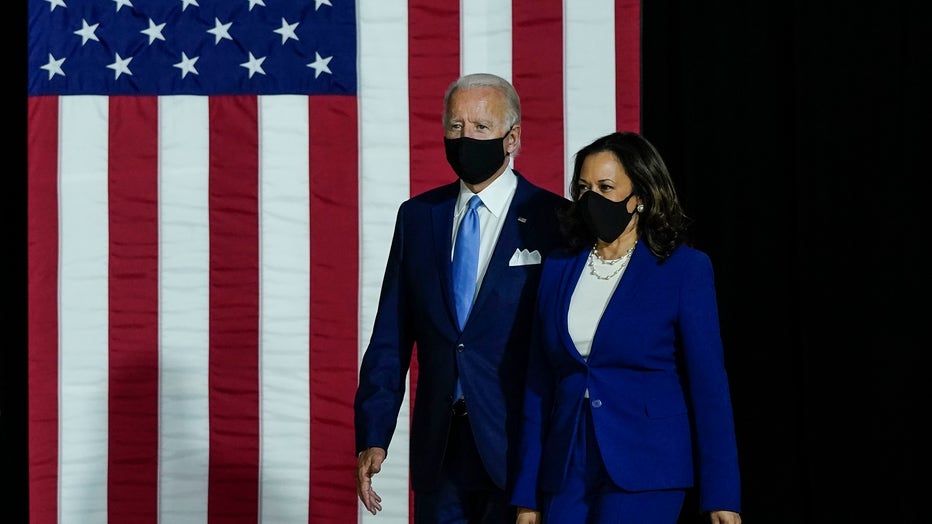