President Joe Biden convened a virtual meeting of some of the world’s largest economies to discuss the next steps on climate change on June 17, 2022.

WASHINGTON - President Joe Biden, who has recently been focused on boosting oil production to reduce rising gas costs, turned his attention to climate change on Friday when he convened a virtual meeting of some of the world's biggest economies.

Among the participants are China, Germany, Saudi Arabia, the United Kingdom and the European Union. Also present is Egypt, which is hosting the next United Nations summit on climate change, and the U.N. secretary general, António Guterres.

Biden reiterated his goal to lower gasoline prices that are averaging a record $5 a gallon in the U.S. while also shifting away from fossil fuels in order to limit climate change and the risks it presents.

"I’m using every lever available to me to bring down prices for the American people," Biden said. "But the critical point is that these actions are part of our transition to a clean and secure and long-term energy future." 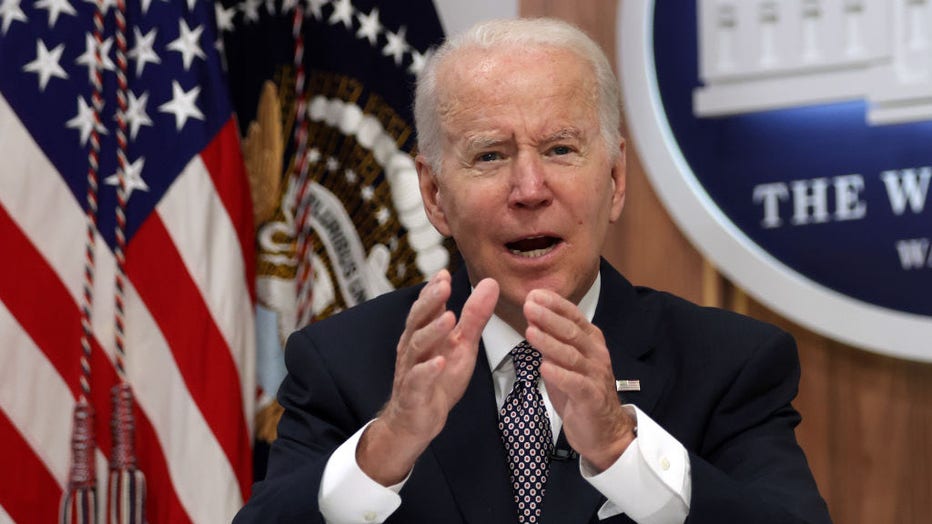 The conference is known as the Major Economies Forum on Energy and Climate, and it began under President Barack Obama in 2009.

Among the priorities are slashing methane leaks and getting more zero-emission vehicles on the roads.

RELATED: What is net-zero living and why experts say it's worth it

Biden administration officials, insisting on anonymity to discuss the event, said they expect some countries to announce more ambitious climate targets as part of the landmark agreement reached in Paris in 2015.

Biden sounded the alarm on extreme weather events in an Oval Office interview on Thursday with The Associated Press.

"We have more hurricanes and tornadoes and flooding," he said. "People saw what — I took my kids years ago to Yellowstone Park. They call me, ‘Daddy did you see what happened at Yellowstone, right?’ Well, it’s unthinkable. These are 1,000-year kinds of events."

But the Russian invasion of Ukraine has scrambled Biden's climate goals by driving up the cost of gasoline. Facing political pressure to get prices under control in a midterm election year, the Democratic president has urged U.S. oil refiners to produce more fuel even as companies say they lack the long-term incentives to do so because the administration is accelerating the move to clean energy.

"Well, I say in the short term, do the right thing," Biden said Thursday, stressing his view that energy companies should increase production instead of trying to maximize their profits.

Biden also is expected to visit Saudi Arabia next month. The White House recently praised the kingdom after OPEC+ announced that it would pump more oil to boost the global supply.