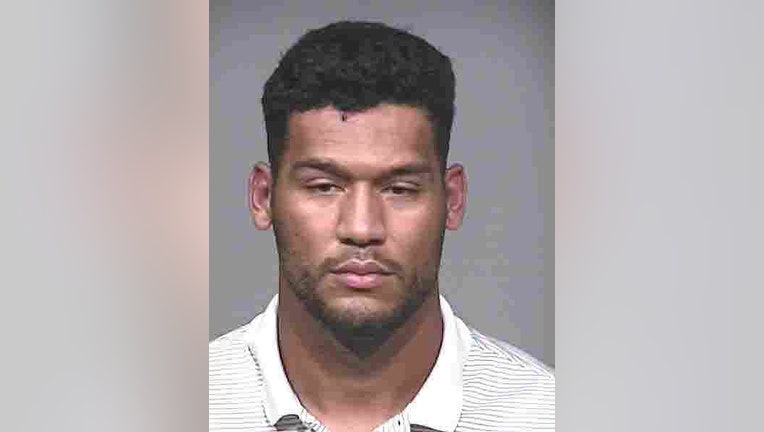 According to Scottsdale Police, Collins was driving a Mercedes that "was observed going 76 mph in a 35-mph zone" near Scottsdale and Chaparral Roads.

According to court documents, Collins told the officer who pulled him over that he was on his way to pick up friends from a hotel.

Collins went on to say he didn't know what the speed limit was and when the officer told him the speed limit, Collins apologized for driving so fast.

"I have no recollection that I was that far over, I apologize," Collins said.

Collins was arrested and booked into jail. He has since been released.

The Cardinals have not commented on his arrest.

Collins, a 22-year-old linebacker, was taken by the Cardinals with the 16th overall pick in this year’s draft out of Tulsa. Arizona coach Kliff Kingsbury has said he expects Collins to be a big piece of the defense from the opening game, teaming with second-year linebacker Isaiah Simmons to form a youthful core.