Members of Congress put aside their differences Thursday night and hit the field at Nationals Park in Washington, D.C. for the annual Congressional Baseball Game.

WASHINGTON - Members of Congress put aside their differences Thursday night and hit the field at Nationals Park in Washington, D.C. for the annual Congressional Baseball Game.

The game features Democrats and Republicans from the House of Representatives and the U.S. Senate. Money raised benefits local charities in the D.C. area. 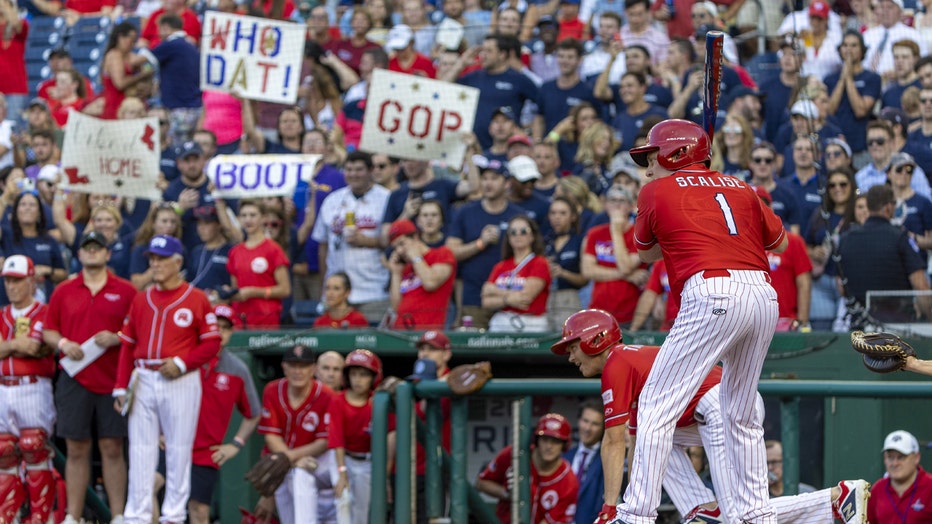 Republicans took an early 4 to 0 lead before a rain delay paused the contest. The GOP came back even stronger – shutting out their Democratic opponents 10 to 0. It marked the second victory in a row for the Republicans who won 13 to 12 last year.

"This game is so great and people are so nice," House Speaker Nancy Pelosi told FOX News Thursday. "That's what makes it great that we're competitive and it's great to be here and have a little fun."

U.S. Capitol Police arrested at least three climate protesters who attempted to interrupt the game by blocking entrances to the stadium. 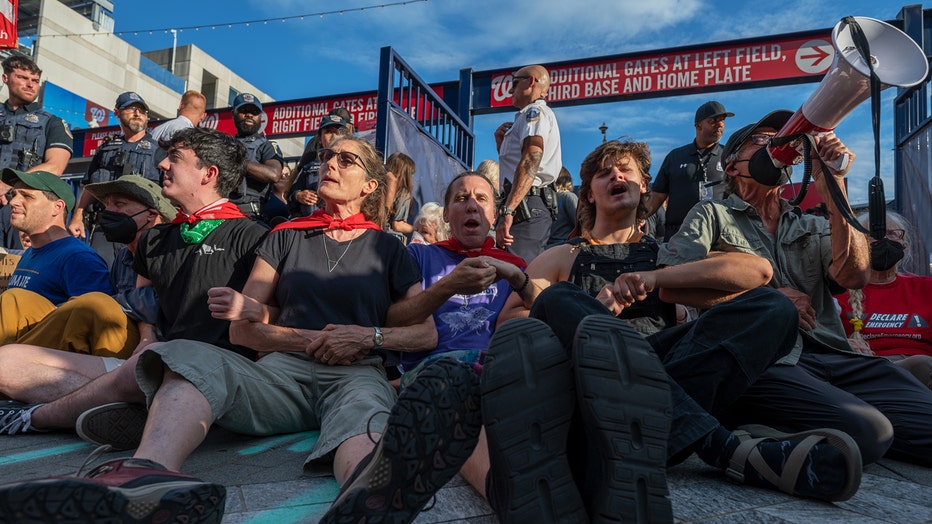 Climate activists attempt to block entrances outside of Nationals Park before the Congressional Baseball Game in Washington, DC on July 28, 2022. (Photo by Craig Hudson for The Washington Post via Getty Images)