YAVAPAI COUNTY, Ariz. - It's a miraculous story after a couple took their dog hiking at Oak Creek Canyon and the unthinkable happened – a mountain lion grabbed their dog and ran off.

The amazing part: the dog survived.

People love enjoying the outdoors with their dogs, and the couple was hoping for a cool adventure at Oak Creek Canyon on Jan. 19, but a mountain lion changed all of that.

Steve and Tammy Miller can’t believe Karley the dog survived after being dragged off by a mountain lion. "I seen my dog in this thing's mouth. Tongue out, it was limp. Most horrifying thing I've ever seen," Steve said. 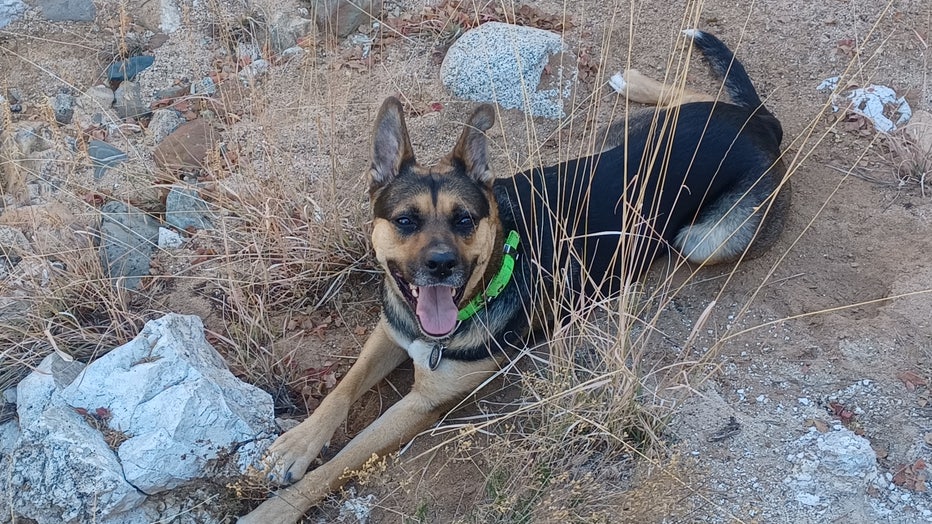 Karley the dog was snatched away by a mountain lion in Yavapai County on Jan. 19. Luckily, she was found and not seriously hurt. Photo courtesy of Steve and Tammy Miller

The couple from Cottonwood says the mountain lion snatched Karley, who weighs 65 pounds, when the rope attached to her collar gave way.

"Devastated," Tammy said. "We screamed at the cat. We screamed for our dog to fight. Seeing as we did, what chance did she have?"

After reporting the incident and searching for hours, the couple went home heartbroken. "We love our dog. Nothing but a blessing," Steve said.

That same night, the couple got a call from a park ranger who said someone had found Karley along Oak Creek. She was frightened, but not seriously hurt.

Amy Burnett with the Arizona Game and Fish Department says there are several scenarios that could have played out.

"There's a big possibility that this particular mountain lion was young and inexperienced, or old, weak and desperate," Burnett explained. "Mountain lion attacks on dogs are are really, fairly rare and attacks on people are even more rare."

There's also a chance the mountain lion just happened to seize an opportunity to snatch another animal, she added.

Phoenix cat caught on camera chasing away coyote from his home

A Phoenix couple caught their cat chasing away a coyote from their home early in the morning and it was all captured on their security camera. "Lucky, spunky cat."