The holiday's recognition in the country came decades after Mother's Day was made a nationwide holiday.

As President Biden pushes for independence from the pandemic in the United States by the Fourth of July, many families may already feel a return to normalcy this Father’s Day.

Restaurants and bars are open, some perhaps without capacity limits. People are returning to work. Live sporting events have resumed. States have even rolled back many other COVID-19 restrictions.

"We’re heading into a very different summer compared to last year," the president said Friday. "A bright summer. Prayerfully, a summer of joy."

The COVID-19 pandemic put a real damper on the annual celebration of fathers last year. Even beyond Father’s Day, dads and grandfathers went without hugging or seeing their loved ones in person for long periods of time.

This year, thanks to three FDA-authorized vaccines, Father’s Day can be safely conducted in person.

Guidance from the U.S. Centers for Disease Control and Prevention allows for fully vaccinated people to resume activities as they did prior to the pandemic, meaning millions of Americans are able to safely gather with their loved ones. 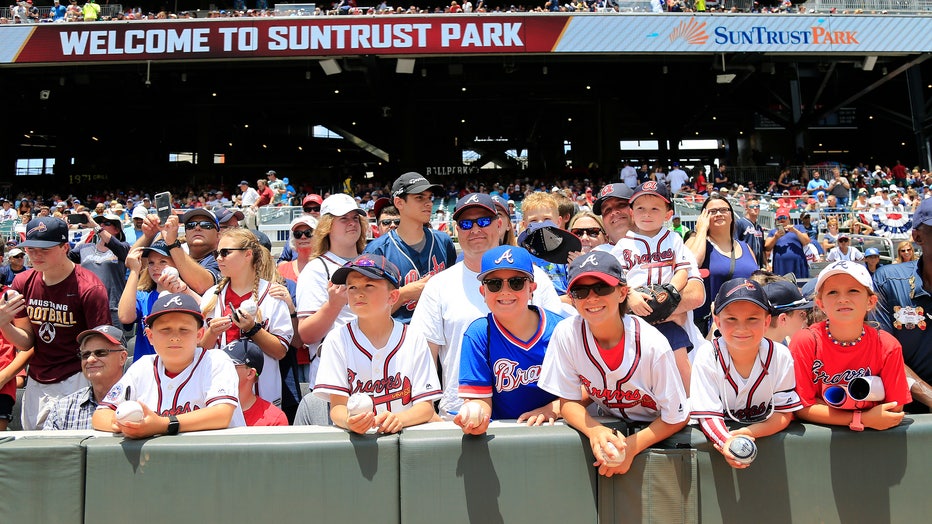 ATLANTA, GA - JUNE 16: Young fans wait for players to autograph their baseballs prior to the MLB game between the Atlanta Braves and the Philadelphia Phillies on June 16, 2019 at SunTrust Park in Atlanta, GA. (Photo by David John Griffin/Icon Sportsw

On Friday, President Biden announced that 300 million shots had been administered since he took office 150 days prior.

Though as the president marked that milestone, he is in danger of failing to meet another: his target to have 70% of American adults at least partially vaccinated by July Fourth, in a little over two weeks.

As of Father’s Day, which is also the official first day of summer, more than 65% of American adults have had at least one shot of their vaccine, which is about 168 million people.

RELATED: Summer solstice 2021: Why it’s the start of season, longest day of year

The pace of new vaccinations in the U.S. has dropped significantly from a high of nearly 2 million per day about two months ago, jeopardizing Biden's ability to hit the 70% mark.

The White House said its whole-of-government approach to the vaccination effort has put the virus in retreat, which in turn has brought COVID-19 cases, hospitalizations and deaths to their lowest levels in more than a year.

The Biden administration insists that even if the 70% vaccination goal is unmet, it will have little effect on the overall U.S. recovery, which is already ahead of where Biden said it would be months ago.

Biden wants to celebrate Independence Day as a "summer of freedom" from the virus.

Earlier this week, the White House announced plans to host first responders, essential workers and service members and their families on the South Lawn for a cookout and to watch the fireworks over the National Mall.

More than 1,000 guests are expected for what will be one of the largest events of Biden's presidency.