The board chose State Rep. Raquel Terán from a list of three candidates vetted by a citizen’s panel to replace former Sen. Tony Navarrete, who resigned after he was charged and has denied the allegations.

PHOENIX (AP) - The Maricopa County Board of Supervisors on Wednesday selected a sitting member of the Arizona House to replace a state senator who resigned after being charged with child molestation.

The board chose State Rep. Raquel Terán from a list of three candidates vetted by a citizen’s panel to replace former Sen. Tony Navarrete, who resigned after he was charged and has denied the allegations. 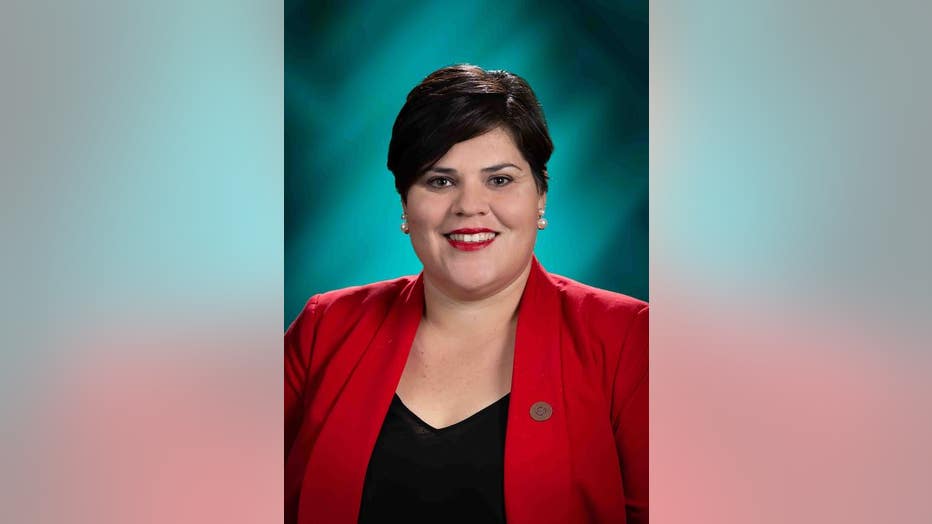 Supervisor Steve Gallardo announced the decision on Navarette’s replacement in a tweet.

Terán was serving her second term in the House representing District 30 in west Phoenix and Glendale. She is currently chair of the Arizona Democratic Party.

On her Twitter, Terán said she is "honored to continue serving the residents of [Legislative District 30] in a new capacity in our State Senate."

Arizona state law requires a replacement to come from the same party as the person they replace. Normally, local Democratic Party officials would vet candidates and recommend a list of three choices to county supervisors. But there were too few elected precinct committeemen in the district so a citizen’s committee was named to consider applicants.A similar committee will now be needed to fill Teran’s House seat.

Senate Democrats issued a statement praising the selection, calling Teran "a dedicated and passionate champion not only for her own constituents but for all Arizonans."

Trial for Navarrete to take place in 2022

Navarrete resigned on Aug. 11 amid increasing bipartisan pressure. He was arrested days earlier by Phoenix police after a now-16-year-old boy came forward and said Navarrete had molested him starting when he was 12 or 13 years old and continuing until he was 15.

Navarrete faces multiple charges of sexual conduct with a minor and a child molestation charge and was released on $50,000 bond.

In his resignation statement, Navarrete adamantly denied the allegations and said he need to focus his time and energy on his defense.

Navarrete has pleaded not guilty and faces a Jan. 13 trial.