Navarrete, who represented parts of Phoenix, submitted his resignation days after he was arrested over child sex abuse allegations.

PHOENIX - State Sen. Tony Navarrete, who was arrested for alleged sexual abuse involving two minors, has stepped down from office.

According to the Associated Press, Republican Senate President Karen Fann said on Aug. 10 that Navarrete sent her an email saying he is resigning immediately.

The action came amid increasing bipartisan pressure on the Phoenix lawmaker to step down from his seat representing a Phoenix-area district.

In a joint statement released by State Senate President Karen Fann (R) and State Senate Democratic Leader Rebecca Rios, Navarrete's resignation has been accepted. In addition, Governor Doug Ducey and Secretary of State Katie Hobbs will be notified of the resignation, and the process to find Navarrete's replacement will begin.

"This was the right thing to do considering the serious allegations," read the joint statement. "We know that the Arizona Judicial Branch will deliver justice and pray for healing and support for all victims." 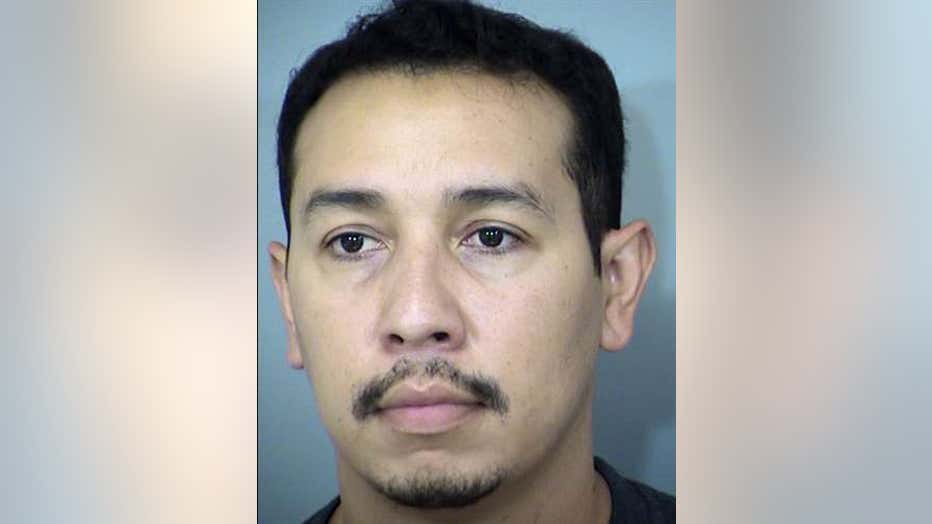 Navarrete, 35, is accused of repeatedly abusing a boy with whom he was living over a period of several years, according to court records. The boy, now 16, told detectives that Navarrete touched him inappropriately starting when he was around 12 or 13, and continuing through his 15th birthday. The teen said he suffers from anxiety and anger that stems from the abuse.

A police probable cause statement filed in support of the charges says detectives recorded a call between the boy and the senator where he reportedly acknowledged the molestation and apologized.

In a phone call recorded by police, Navarrete apologized to the teen, saying he regretted his actions and would have to live with them for the rest of his life, according to the court records.

When asked why he did it, he told the boy he "wasn’t well," detectives wrote.

Navarrete was released from jail on Aug. 8 on a $50,000 bond. Prosecutors said if Navarrete is convicted of all charges, he faced a mandatory minimum sentence of 49 years.

He faces multiple charges of sexual conduct with a minor and a child molestation charge.

Hours after news of his resignation was made public, Navarrete issued a statement via e-mail.

In the statement, Navarrete acknowledged that "serious allegations" have been made against him, but denied the allegations.

I adamantly deny all allegations that have been made and will pursue all avenues in an effort to prove my innocence.

In a statement Tuesday, Navarrete said "serious allegations have been made against me. I adamantly deny all allegations that have been made and will pursue all avenues in an effort to prove my innocence. In doing so, I will be focusing the vast majority of my time and energy on my defense."

"While I would love nothing more than to continue to serve the families of Arizona’s 30th District, I worry it will be impossible to give my constituents the full attention they deserve. Therefore, I must resign my post as Arizona State Senator today," Navarrete added.

In the same statement, Navarrete said he will spend "the vast majority" of his time and energy on his defense, and admits it will be impossible to give his constituents the full attention they deserve.

Prior to his resignation, Navarrete represented District 30, which covers a portion of Downtown Phoenix, as well as a portion of Phoenix's Alhambra, Maryvale, and North Mountain neighborhoods. He was serving his second term in the Senate after one term in the House.

In addition to demands that he step down from Fann, Democratic Senate Minority Leader Rebecca Rios and GOP Gov. Doug Ducey, Navarrete faced a likely investigation by the Senate Ethics Committee that could have led to his expulsion.

Fann and Rios issued a joint statement Tuesday, saying they would notify Ducey and Secretary of State Katie Hobbs of the vacancy in the 30th Legislative District.

Navarrete was once considered a rising star in the Democratic Party, and was considered a likely candidate for statewide office, perhaps as soon as 2022.

Prior to Navarrete's decision to resign, politicians from both sides of the political aisle were calling for him to step down.

"Child abuse and sexual misconduct of this kind is intolerable," read an earlier joint statement released by State Sens. Fann and Rios. "We hope that justice will be ultimately served and pray for healing and support for all victims."

Other state leaders, including Gov. Ducey, Secretary of State Katie Hobbs, and Superintendent for Public Instruction Kathy Hoffman, have also called on Navarrete to resign in the days following his arrest.

Ethics complaint was filed against Navarrete

During a news conference held on Aug. 9, State Sen. Kelly Townsend (R) said she has filed an ethics complaint against Navarrete.

"It is incumbent upon us, as lawmakers, to comb through every law and policy that allowed for the failure of the system that brought about these heinous crimes against our most vulnerable Arizonans," said Townsend.

Following Townsend's announcement, The ethics chair, Republican Sen. Sine Kerr, said she had notified Navarette of the complaint and gave him seven days to file a response. At the time, Kerr said she had plans to call the committee in to investigate the complaint.

"As the report started coming out and we knew a little bit more, that shock and disturbance turn into abhorrence and just simply grotesque," said State Rep, Chávez, who serves in the state's 29th Legislative District. That district covers a portion of the West Valley, including parts of the Maryvale area of Phoenix.

"As soon as he was released on bond, my expectation was that he was going to resign. Why he carried out until today, I have no clue, but it seems like there's more of an advice from his attorneys that could potentially be driving his motivations."

Replacement to be named by Maricopa County

As a result of the vacancy created by Navarrete's resignation, a replacement from the same party will be chosen by the Maricopa County Board of Supervisors.

Normally, local Democratic Party officials would vet candidates, but there are now fewer than the required number of elected precinct committeemen in the district. Instead, a citizen’s committee will be chosen by the board to develop a list of three candidates for supervisors to choose from.

According to a statement released by Maricopa County Supervisor Steve Gallardo, the citizen's panel will be appointed within seven business days, and the three candidates will be submitted to the Board of Supervisors within the 21 days that follow.

"I will work with my colleagues to form the citizen panel before the deadline, and we will collect cover letters and resumes from qualified applicants through the Clerk of the Board," read a portion of the statement released by Gallardo.