A man was left with serious injuries following an apparently unprovoked attack at a parking lot in Phoenix. Now, the victim's family is searching for answers.

PHOENIX - A 23-year-old father is in the hospital after he was badly beaten by an unknown suspect near 7th Street and Indian School in Phoenix.

Carlos Cruz Montes is conscious but is having a hard time remembering things. Montes' loved ones are hoping for any sign of progress.

His wife, Karla Trinidad, says he's dealing with a concussion and a brain bleed.

"At first he believed my daughter was 1 still and now she's about to be 3 in December. He gave the address from a year ago," she says.

Victim was holding toddler when he was punched

The assault happened on Aug. 3.

"In that second he punched him, my husband fall to the ground with my toddler in my hand, and so she falls with him," said Trinidad.

Trinidad said the unprovoked assault happened in the parking lot. She said just minutes before the attack, Montes was driving with his family, and had a green light. As he turned left on Indian School, he avoided a woman walking with a stroller, and ended up hitting a car. Montes and the other driver involved [who was not the suspect] decided to exchange insurance information at a drug store nearby.

Trinidad says out of nowhere a man struck her husband with heavy blows.

"The guy gets on top of Carlos and gives him another two punches. I go straight at him, trying to defend him and asking him why did he punch him with my daughter. He didn’t let me finish and he punch me twice," said Trinidad. 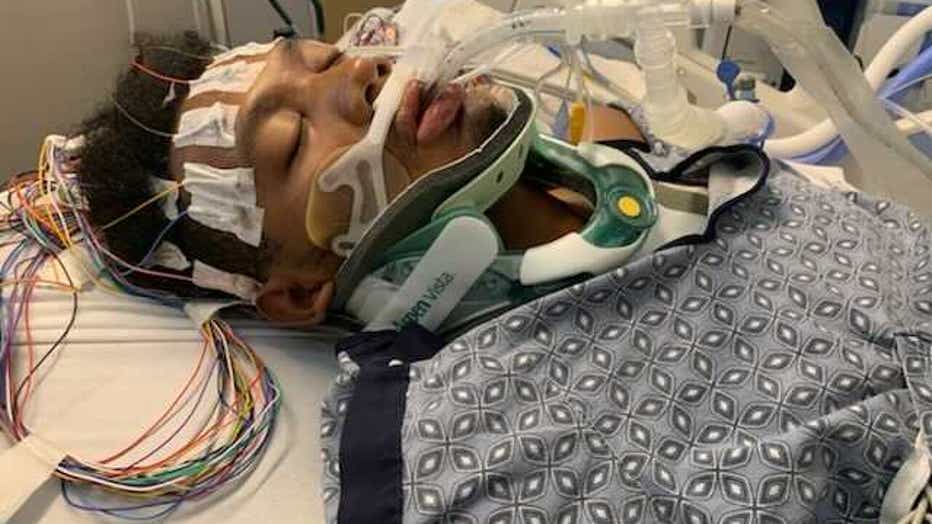 Police say the suspect ran off, and his description is vague. Meanwhile, Trinidad is dealing with her husband's ordeal, as well as her pregnancy.

Trinidad is alone, and not sure the father of her child will be the same.

"I'm so scared, because I don’t know how to deal with my life without him," said Trinidad.

Police asking for the public's help

The person of interest is described as a 20 to 30-year-old male, 6 foot 2 inches, about 220 pounds. He was wearing a hat, red bandana, a camo shirt and shorts.

His car is a white Ford SUV. 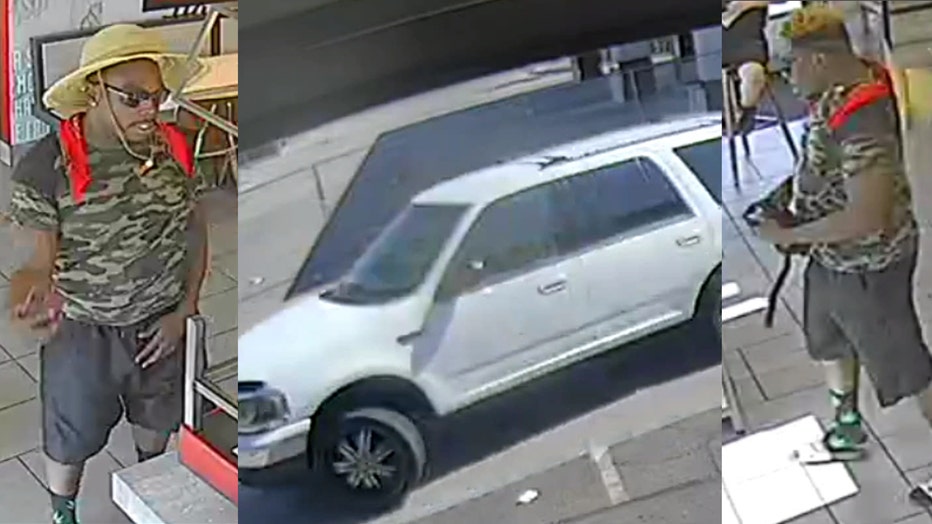 The incident happened on Aug. 3, and left Carlos Cruz Montes badly injured at a Phoenix parking lot. Montes' loved one, including his wife, are hoping for any sign of progress.