TUCSON, Ariz. - Arizona Sen. Mark Kelly rushed to his wife's side in Tucson who was hospitalized with appendicitis on Feb. 15, and four days later, she's being released.

According to Kelly's office, Gabrielle Giffords was checked into the hospital on the morning of Feb. 15. Kelly's office did not release specifics on Giffords' condition at the time of her admittance to the hospital but said they are "wishing her a speedy and thorough recovery."

Giffords, a former Arizona congresswoman, was shot in the head during a community event outside a Tucson grocery store in 2011. She underwent extensive rehab and eventually resigned from Congress, but she has stayed active in politics by focusing on gun control.

On Saturday, Giffords tweeted saying she was leaving the hospital and thanked her husband for being by her side.

"Eleven years ago, I left the hospital facing a lifetime of recovery. Today, I’m leaving the hospital glad it’s only appendicitis, and grateful for friends, family, my incredible medical team, and of course
@CaptMarkKelly, who gives true meaning to 'in sickness and in health.'" 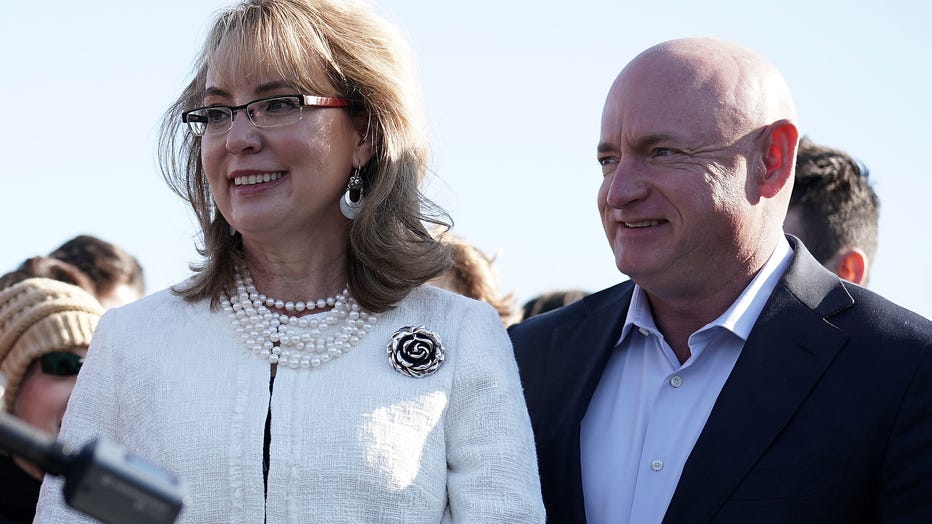