PHOENIX - The Arizona Dept. of Transportation has announced an agreement with developers to work on the I-17 Improvement Project, which aims to ease the major congestion many travelers experience driving up north from Phoenix during the holidays.

The flex lanes would act as a two-lane roadway that would carry one direction of traffic at a time depending on which side generally has the most congestion, according to ADOT.

Construction is scheduled to begin in 2022 and is expected to take approximately three years. Now that a contract has been signed, work can begin on this highly anticipated project. 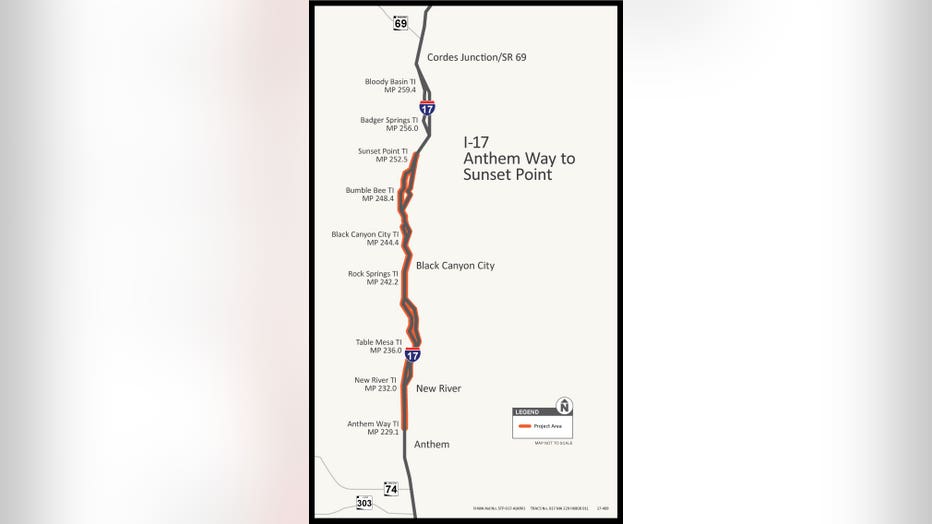 A map denoting where the I-17 Improvement Project would take place between Anthem and Black Canyon City.