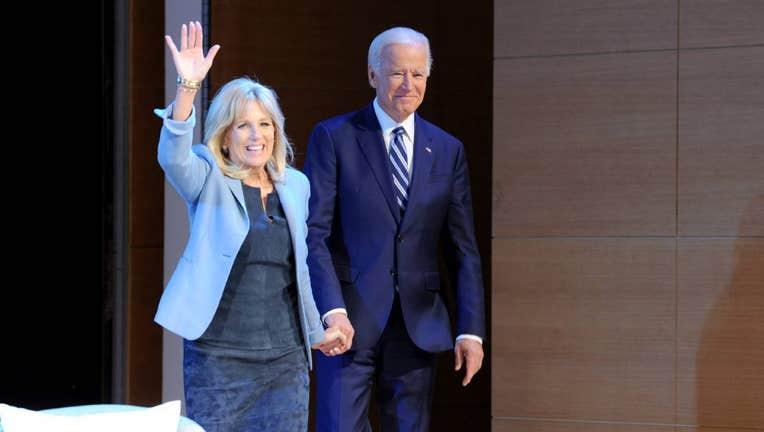 FOX NEWS - Jill Biden revealed Tuesday that she too has dealt with men invading her "space" and making her feel uncomfortable, even as she defended her husband Joe Biden against similar allegations.

Speaking on "Good Morning America," the former second lady recounted a time during a job interview when a man got "in her space".

"Yes, it has happened to me," she told ABC anchor Robin Roberts. "I've come home, and I've told Joe about it."

After the former vice president joked, "she'd never tell me the names though," Dr. Biden went into further detail about one of the incidents.

"Yes, I have felt that men were in my space. I just sort of stepped aside, I didn't address it," she said.

"There was a time when women were afraid to speak out, and I can remember specifically this was in a job interview, and that's where we've moved to now. If the same thing happened to me today, I would turn around and say, 'what are you doing?'

"So it's totally different now."

Roberts then pressed the former second lady on allegations of inappropriate touching made against her husband by a number of women in recent weeks, shortly before he entered the 2020 presidential race.

She defended her husband, while also saying he needs to change how he approaches people in the future.

"I think what you don't realize is how many people approach Joe -- men and women -- looking for comfort," she said.

"But going forward, he is going to need to be a better judge when people approach him, and maybe not approach them.

"I've known Joe for 44 years. One of the things I have always admired about him is the way he does connect with people. In 44 years, I hadn't heard negative comments. But now is a different time.

"We have to honor that."

Commenting on the allegations, Joe Biden said it is his "responsibility to be more sensitive" going forward.

"I have almost thought that part of leadership, part of politics, is listening to people, making them feel comfortable, letting them know I hear them and I empathize with them," he said.

"It's my responsibility to be more sensitive to whether or not someone wants me to reassure them, or wants to say hello, or wants to show affection."

The GMA interview came after Biden held his first official campaign event Monday night at a Teamsters union hall in Pittsburgh, preaching a populist message of restoring the country's middle class as well as throwing some jabs at President Trump.

"The stock market is roaring. But you don't feel it. There was a $2 trillion tax cut last year. Did you feel it? Did you get anything from it?" Biden asked as the audience chanted 'No."

Speaking in front of a standing room only crowd, with an overflow watching on a big video screen outside, Biden touted his longstanding support of and ties to organized labor, eliciting loud cheers by declaring "I make no apologies, I am a union man."

He vowed to "fight like the devil" for organized labor and called union busting efforts "morally wrong."

Biden kicking off of his initial six-state, three-week long campaign swing in Pennsylvania came as no surprise. The Keystone State, long a crucial battleground in presidential elections, was one of three key Rust Belt states -- along with Michigan and Wisconsin -- that Trump flipped into the Republican column in 2016 to help him capture the White House.