MILLPORT, Ky. - A Kentucky couple married 56 years, described as the "rock" of their extended family with a rare kind of love, died while holding on to each other after tornadoes swept through the state.

Billy and Judy Miller lived in the small rural town of Millport in Muhlenberg County. Their home was among many that were completely leveled on Dec. 10 when a series of tornadoes slammed through parts of the state, killing dozens of people.

Billy, 73, was a Vietnam veteran and had retired from the Alcoa aluminum plant. He also worked on a family farm from the time he was a young boy to the day he died, his family said. Judy, 72, was described as a homemaker who "sewed all the time" and prided herself in being his wife and loving their children, grandchildren and great-grandchildren.

"He was the backbone, not only to her but for the whole family. He took care of her," their granddaughter, Serenity Miller, said. "We knew that they wouldn’t be able to live without each other." 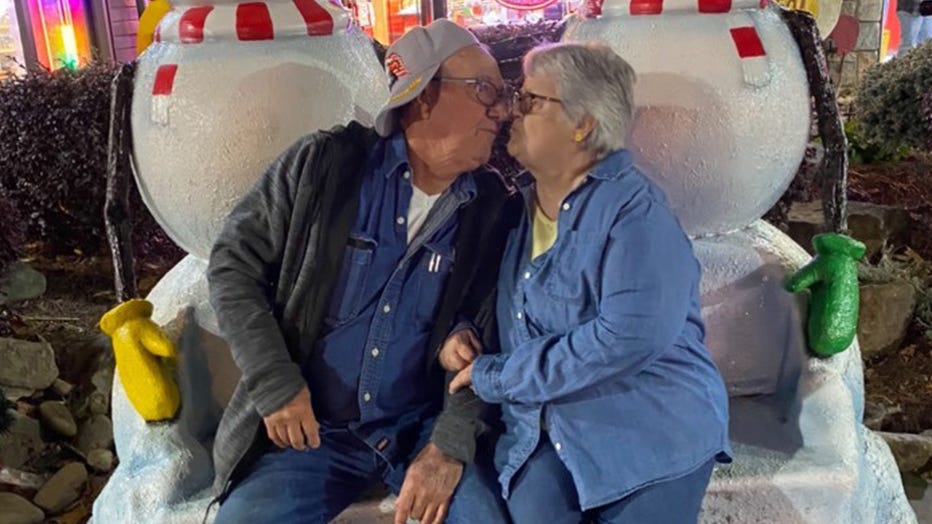 Billy and Judy Miller are pictured in a provided family photo. (Credit: The Miller family)

The couple had experienced many joys in their life together, but also great loss. Two of their three adult children had passed away and one of their nine grandchildren was stillborn, Serenity said.

In their older age, she said the births of their four great-grandchildren had kindled a new spark in their lives. And as fate would have it, the couple had also taken one last vacation with their adult son, Serenity’s father, to Gatlinburg just days before the tornadoes struck.

On the night of the storms, Serenity said the couple was aware of the forecast and she had been in contact with them three times earlier in the day. One tornado was reported 12 miles away in Central City, and her father had also spoken to them before a larger funnel came through — which ultimately took their lives.

"There was a smaller one that came through and hit Central City before the big one. I believe that they probably thought, ‘It’s gone. It hit Central City and it’s gone,'" Serenity said. "My dad called them, but the tornado was moving so fast that I think it was too late."

It was her father, their last living child, who managed to reach the couple’s destroyed home and found them. The family’s joint obituary for the couple says "they left this world hand in hand" early on Dec. 11.

A woman in New Albany, Indiana, discovered a black-and-white family photo stuck to her car window on Saturday, December 11, after tornadoes tore through Kentucky the day prior. (Credit: Katie Posten via Storyful)

"When you pulled up that Saturday morning, there was nothing but their three vehicles, a small ball... and cinderblocks from the house," Serenity recalled. "That tornado was massive and it took everything with it."

The town, located just on the outskirts of Bremen, was among a number of small communities devastated by the tornadoes. In Bremen, a man was captured playing a melody on his grand piano while surrounded by a completely-destroyed home and torn-off roof. On another street in Bowling Green, 11 people died on a single street. Among them were seven children, two of them infants.

"When you drive through, it’s like this is supposed to be in a movie. This is not supposed to be real life," Serenity said. "You see these things on TV, and you don’t really think that it will happen to you, but when it does, it really opens your eyes up."

Amidst the destruction, the couple’s family found Billy’s military jacket and a toy tractor from a collection he owned — but not much else. A quick-growing Facebook group, called "Quad State Tornado Found Items," ultimately enabled them to retrieve photos, Billy’s personalized belt and other priceless items. 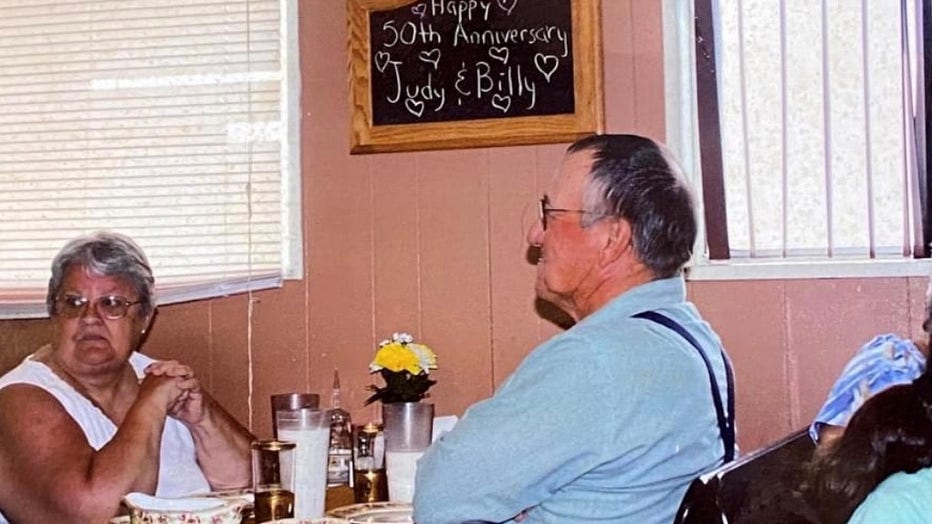 Billy and Judy Miller are pictured celebrating their 50th wedding anniversary in a provided family photo. (Credit: The Miller family)

The Facebook group, which has nearly 83,000 members, was created to help those impacted by the devastating tornadoes locate any items they may have lost. People upload pictures of the found items in an effort to reunite them with their original owner.

Serenity said their family "wouldn’t have half the pictures" without this group. People have mailed items to them from central Indiana and as far away as Cincinnati — some 250 miles northeast of Millport.

"There’s nothing left and that group has been a lifesaver," she added.

The family held a joint funeral service for them on Dec. 16. Judy "had a laugh like none other," while Billy often worked "from sun up to sundown," and would only come in for lunch so he could see his wife.

They often rode around on their golf cart, served together on a neighborhood watch and are remembered for their decades-long life as a unit.

"Me and my husband would love to have that type of love," Serenity said. "I know it’s rare."

This story was reported from Cincinnati. Catherine Stoddard contributed.