Silent Witness has released security video of a man suspected of stealing boxes of cigarettes from a Walgreens back in January.

PHOENIX - Phoenix police are looking for a man suspected of stealing boxes of cigarettes from a Walgreens back in January.

The suspect came into the store near 35th Avenue and Dunlap on Jan. 27 at around 2:26 p.m. and approached the checkout counter, according to Silent Witness.

After a few seconds of waiting, the man was caught on camera leaving over the counter and stole "a large amount" of cigarettes before running away.

The suspect was described as a white male in a hoodie with short hair and glasses. 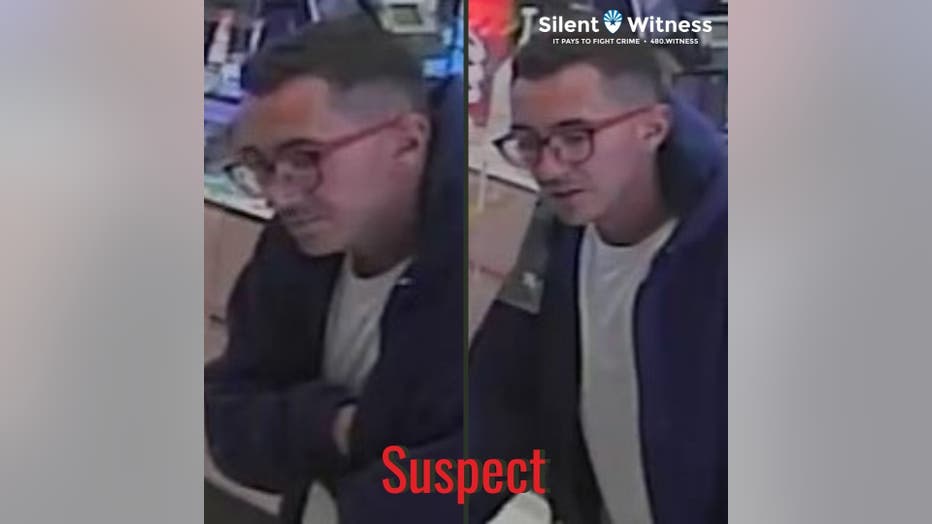 A photo of the suspect.