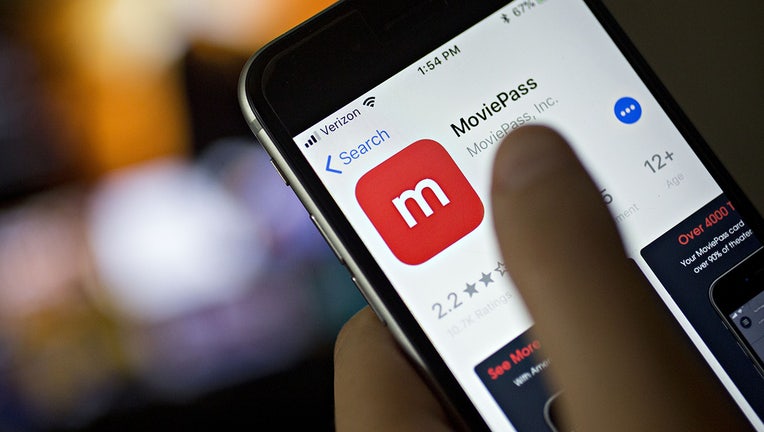 The MoviePass application is displayed in the App Store on an Apple Inc. iPhone in an arranged photograph taken in Washington, D.C., U.S., on Friday, Aug. 17, 2018. Movie Pass, owned by Helios & Matheson Analytics Inc., said this week that the nu

NEW YORK - MoviePass is back from bankruptcy, but with a new catch.

The subscription movie ticket service previously allowed its subscribers to purchase passes every month for a $10 fee.

The company declared bankruptcy in 2019 after years of problems. However, MoviePass is relaunching this summer – with a few changes.

According to its CEO, Stacy Spikes, they won't have unlimited movies anymore. Instead, customers can buy credits to redeem for movie showings.

People also will have the voluntary option to earn credits by watching ads – while having their eyeballs tracked through facial detection to make sure they are really watching.

Prices for the plans were not immediately announced.

"Through dynamic ticket pricing [and] centralized smart advertising, MoviePass is creating an end-to-end cinematic marketplace that will allow theaters to respond and innovate to movie-goer passions and demands, resulting in the future of cinema," the company's website explains.

What happened to MoviePass?

The MoviePass movie ticket subscription service was founded in 2011 and allowed subscribers to buy up to three movie tickets per month for a small fee.

MoviePass drew in millions of subscribers, initially luring them with a $10 monthly rate. But that proved unsustainable. Because MoviePass typically paid theaters the full cost of tickets — $15 or more in big cities — a single movie could put the service in the red. The company was forced to make changes. Those efforts, however, never stopped the losses.

Helios and Matheson Analytics, the parent company of MoviePass at the time, pulled the plug in 2019 after its efforts to seek financing were unsuccessful.

FOX News and The Associated Press contributed to this report.