PHOENIX - The Phoenix Police Department is asking for the public's help with identifying four suspects accused of attempted robbery at a home near 36th Avenue and Pinnacle Peak Road.

Investigators say the incident happened on Aug. 12 at 3:44 a.m. and the homeowner was alerted by their security cameras to a motion outside.

"As four males, some of who appear to be armed in the video, kicked in the front door, the homeowner discharged a gun toward them," stated Sgt. Ann Justus.

The suspects fled the area in a silver or gray 4-door vehicle.

Suspect #1 is described as a Black male with a dreadlock hairstyle, wearing a red bandana, black t-shirt, red Adidas pants, black shoes, and black rubber gloves. He was carrying a black duffle bag.

Suspect #2 is described as a Hispanic or Black male wearing a dark t-shirt, jeans, black baseball hat, a dark bandana over his face, and fingerless gloves. He has a sleeve tattoo on his left arm.

Suspect #3 is described as a Black male who was wearing a dark bandana and a dark hooded sweatshirt with lettering on it.

Suspect #4 is described as a Black male who was wearing a black clothing covering his face and head. He was wearing a white t-shirt.

If you have any information about this case, call Silent Witness. You can remain anonymous and receive a cash award for tips leading to an arrest or indictment. TIP LINE: (480) WITNESS. 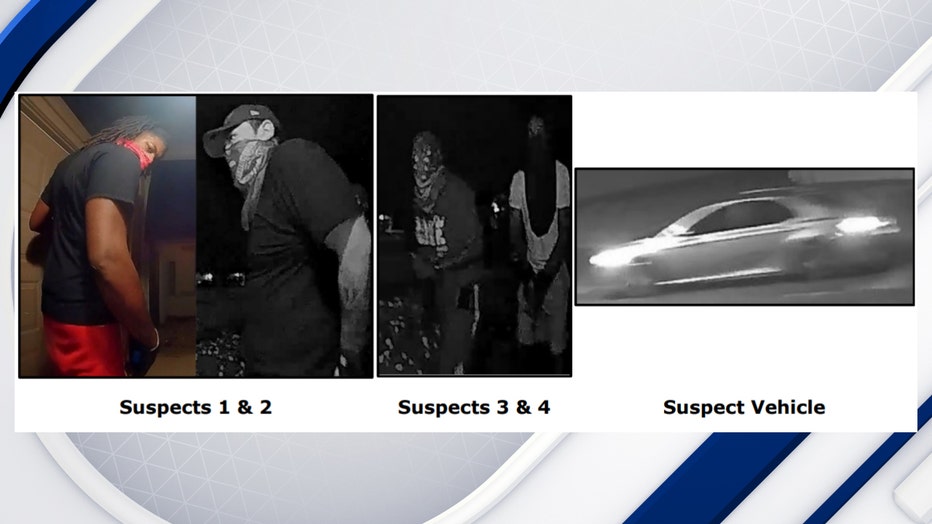