The 60-mile pursuit began just before 8 p.m. near Marana, but ended at the Pinal County line when officers chose to end the pursuit.

However, deputies tried to pull the driver over but he had other plans and took off. The Department of Public Safety took over the chase as the suspect continued north along I-10 toward Phoenix.

The driver ended up on Loop-202 near University Drive where he lost a tire possibly from spike strips.

After driving the wrong way and into oncoming traffic, the suspect ditched the car near 24th Street and Roeser Road and ran into a nearby neighborhood.

Several others were also seen running from the vehicle but it didn't take officers long to find all three suspects.

The driver, Orlando Felix-Lopez of Tucson, was arrested. Deputies say the other 2 people were not taken into custody.

He's been booked into Maricopa County Jail on suspicion of unlawful flight from law enforcement and reckless driving.

There are no reports of anyone being injured during the incident. 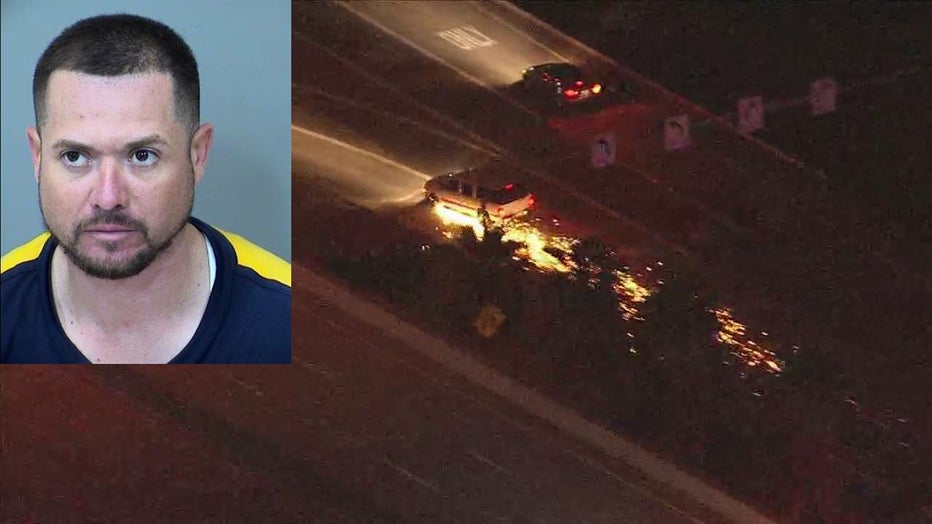 Authorities pursue driver on I-10 in Phoenix area

Authorities were reportedly in pursuit of a driver in the Phoenix area on Monday night on I-10.