Adam Douglas last served in Afghanistan as a captain in 2019. He came back to his Tempe home for Memorial Day weekend, and his flag - gone.

TEMPE, Ariz. - A Tempe man knows the importance of the American flag. He fought in Afghanistan and proudly flies one outside his home.

However, a video reveals that someone had tried to burn his flag. That person has been caught, police say.

Adam Douglas last served in Afghanistan as a captain in 2019. He came back to his Tempe home for Memorial Day weekend, and his flag - gone.

"It really kind of gets to me," Douglas said.

The doorbell video taken last Wednesday gave proof to what happened. The video starts as a person is seen touching his flag, then walks over to pick up something that Douglas says appears to be a lighter.

That person is identified by police as Dalen Formichella. 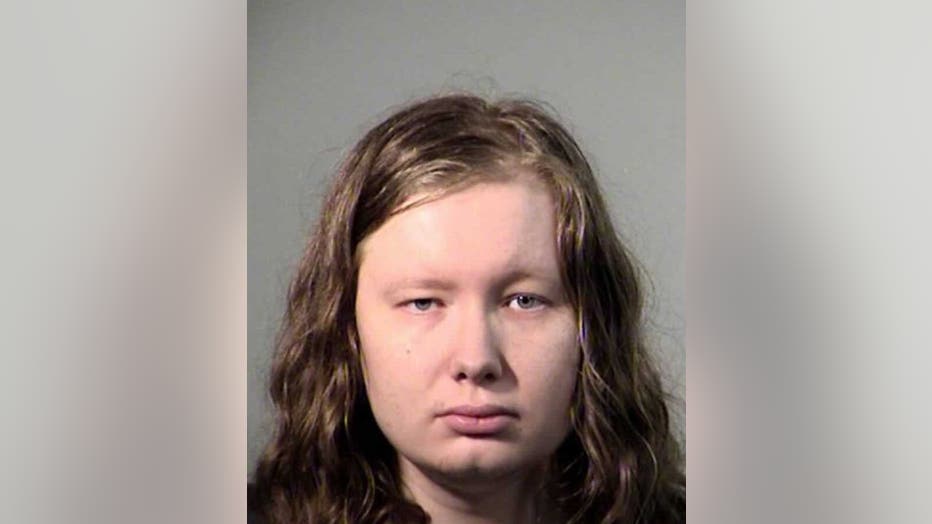 "Trying to light it," Douglas said. "Several clicks trying to light. I could hear the clicks on the video…And they had it up to the flag trying to set the flag on fire."

The video ends. The flag was gone. Presumably stolen.

Tempe Police have canvassed the streets. Douglas searched for it but ended up replacing the flag - and added another.

So he answered our country's most poetic question: O say does that star-spangled banner yet wave, o'er the land of the free, and the home of the brave?

"This one's a little bigger than the last one too," Douglas said.

For the serviceman - yes, it does.

Douglas says he has several flags he had with him in Afghanistan that are significant to him, and is glad he wasn’t flying one last week. He had no idea they could be stolen.

Douglas thought the arrest might never come, saying, "I was getting a little worried and frustrated and disappointed."

Douglas says Tempe Police told him they don’t believe he was targeted because he was worried he might have been because he’s a veteran.

"Take a look at what’s going on over there and the people struggling to get out of that country that wanted that freedom and wanted democracy and they’re begging for it and willing to die for that. We have it right here and we’ve gone through decades and years and years of fighting for that freedom and we have it here now and we need to make sure we’re embracing it and protecting it," Douglas said about the events taking place in Afghanistan as the Taliban seizes control of the country.