A Phoenix woman is joining a national movement to bring some smiles to soldiers overseas, one Hawaiian shirt at a time. FOX 10's Ty Brennan reports.

PHOENIX - For the past few years, Phoenix resident Nancy Marts has been part of a very special mission.

"I am on a mission to collect Hawaiian shirts for our deployed soldiers," Marts said.

Every time she sees a Hawaiian shirt in a thrift shop or on sale, she buys it. She's even posted on her Nextdoor app so that her neighbors are in on it, too.

Marts has a box that permanently sits outside her Phoenix home for Hawaiian shirt donations.

"We send leis with them, we send candy," Marts said. "Anything that boosts their morale from here to there."

This is part of a bigger national movement where people across the country collect the shirts and send them to one woman on the East Coast, who then distributes them to soldiers serving overseas. 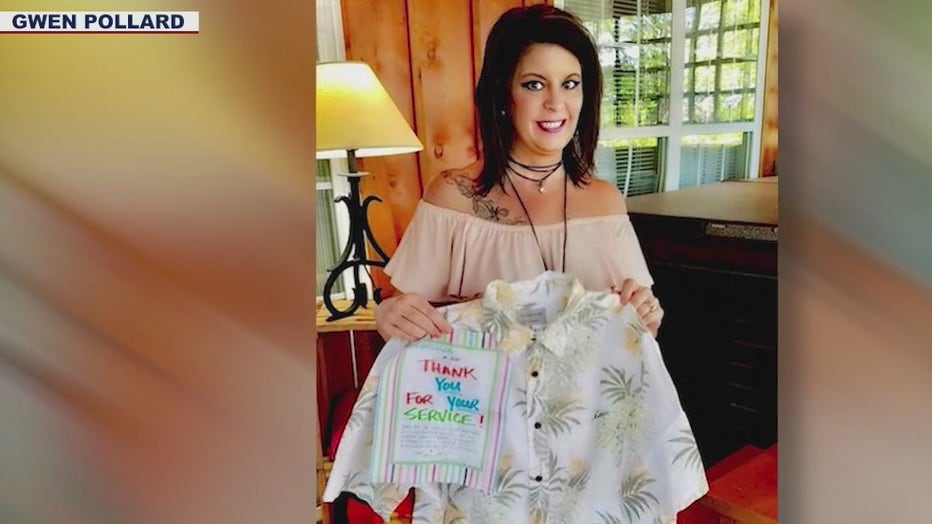 Spreading a little bit of joy from home, one Hawaiian shirt at a time.

The woman who started the program says she hopes to keep it going until all American service members are back home.

FOX 10 viewer Nancy Marts talks to Ty Brennan about the program and now they add a thank you note to the soldiers in the package with the Hawaiian shirts.