President Joe Biden on Tuesday announced a ban on Russian oil imports to the United States over the war in Ukraine.

WASHINGTON - President Joe Biden has decided to ban Russian oil imports, toughening the toll on Russia’s economy in retaliation for its invasion of Ukraine, according to a person familiar with the matter.

"We're banning all imports of Russian oil and gas and energy. That means Russian oil will no longer be accepted at U.S. ports," the president announced on Tuesday.

The move follows pleas by Ukrainian President Volodmyr Zelenskyy to U.S. and Western officials to cut off the imports, which had been a glaring omission the massive sanctions put in place on Russia over the invasion. Energy exports have kept a steady influx of cash flowing to Russia despite otherwise severe restrictions on its financial sector. 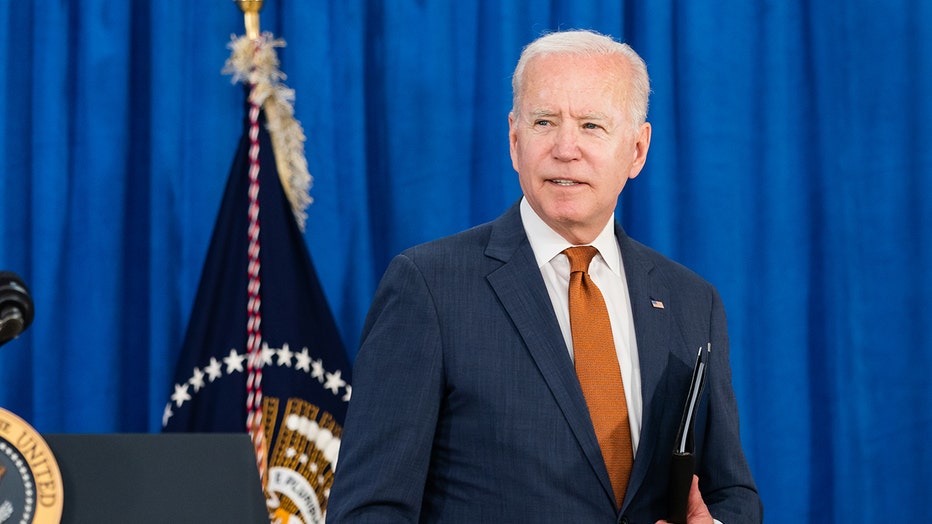 The U.S. will be acting alone, but in close consultation with European allies, who are more dependent on Russian energy supplies. Natural gas from Russia accounts for one-third of Europe’s consumption of the fossil fuel. The U.S. does not import Russian natural gas.

Biden had explained his reluctance to impose energy sanctions at the outset of the conflict two weeks ago saying that he was trying "to limit the pain the American people are feeling at the gas pump."

The average gas price in Florida is now at a record high. It clocks in at $4.15 a gallon – up from just 24 hours ago.

Before the invasion, Russian oil and gas made up more than a third of government revenues. Global energy prices have surged after the invasion and have continued to rise despite coordinated releases of strategic reserves, making Russian exports even more lucrative.

The U.S. and international partners have sanctioned Russia’s largest banks, its central bank and finance ministry, and moved to block certain financial institutions from the SWIFT messaging system for international payments.

But the rules issued by the Treasury Department allow Russian energy transactions to keep going through non-sanctioned banks that are not based in the U.S. in an effort to minimize any disruptions to the global energy markets.

Inflation, at a 40-year peak and fueled in large part by gas prices, has hurt Biden politically with voters heading into the November elections.

RELATED: Here's what gas cost the year you started driving

The sanctions created a possible trade-off for the president between his political interests at home and abroad. By invading Ukraine, Russia has potentially fed into the supply chain problems and inflation that have been a crucial weakness for Biden, who now is trying to strike a balance between penalizing Putin and sparing American voters.

Biden specifically highlighted the Russian energy carve-outs as a virtue because they would help to protect U.S. families and businesses from higher prices.

"Our sanctions package we specifically designed to allow energy payments to continue," he said.