Four members of the same family all contracted COVID-19 after a Christmas gathering.

ATLANTA - In the last photo Chris Kouns has of his father Philip Kouns Christmas morning, he is sitting on his son's Lawrenceville, Georgia, couch with his wife of 54 years, Marcie, both of them wearing matching holiday pajamas.

They are watching their 12-year-old grandson open his presents.

It felt like a normal moment, in the middle of year that had been anything but.

"We were one of those families, from the beginning, that have taken this very seriously," Chris Kouns says.  "I knew I had two older parents. I knew that I had a wife who was high-risk." 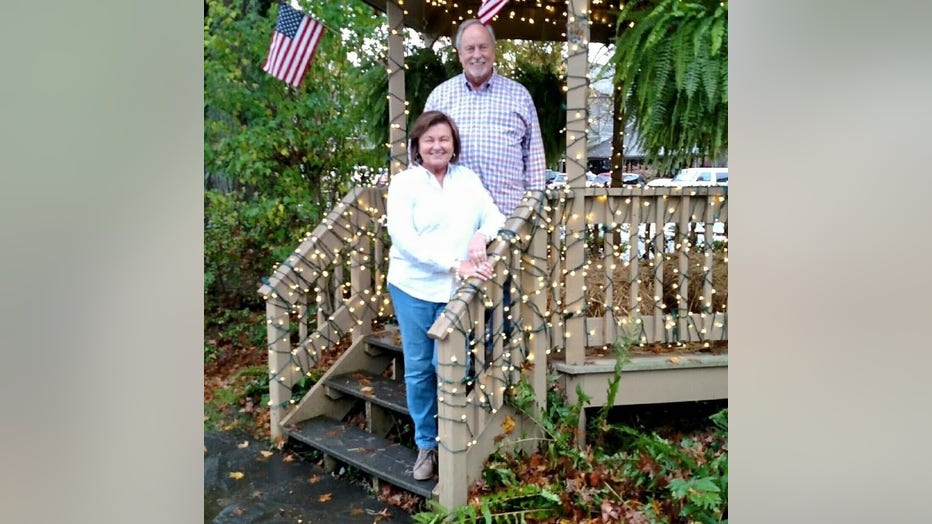 Kouns, a retired college soccer coach, says they had been wearing masks and taking other precautions for months.

But on Christmas, he says, they let down their guard a bit.

They hadn't seen his parents in weeks.

His dad, who turned 74 on December 26, 2020, was battling what his doctor diagnosed as bronchitis.

About a week earlier, Kouns says, his dad had gotten tested for COVID-19 and was negative.

But, that morning, he seemed to be struggling to catch his breath.

"I was a little concerned on Christmas itself," Kouns says.  "Just the way that he was acting.  You could see how heavy it was on him."

They would later learn his dad didn't just have bronchitis. He had the coronavirus.

"As a result, my father, my mother, my wife and myself all got COVID at the exact same time," Kouns says.

Kouns says his father, who had recently come out of retirement to take over as pastor of The Bridge church in Stockbridge was hit the hardest.

Within days, he was placed on a mechanical ventilator in the ICU at Piedmont Henry Hospital.

The longtime social worker and child advocate well-known on Atlanta southside had spent the last few months trying to find ways to safely minister to his church in the middle of a pandemic.

"You know, a 73-year-old man, learning how to do Zoom for his Sunday sermons, so that he could still get to the people in the congregation who couldn't get out," Kouns says, his voice choking with emotion. "It's cliché, but it's just not fair.  It's just not fair."

Chris' wife Tammy Kouns has been hospitalized twice in the last two weeks with pneumonia.

He and his mother have a milder version of the virus, and his son remains negative.

Kouns and his brother Jason have taken turns, trying to take care of their family and help their father.

The virus, he says, is unrelenting and exhausting.

"You don't fathom until it hits you, all that comes with it," Kouns says.

"And, I pray to God that fewer and fewer people know what it means to them."

Tuesday morning, an hour after speaking with FOX 5 on Zoom, he got a call from the hospital telling him his father had taken a turn for the worse.

The family gathered to say goodbye.

Because of the COVID-19 safety precautions, they had to say their farewells over the phone.

Chris Kouns hopes sharing his father's story will give Philip Kouns one final chance to do what he loved most: help other people.