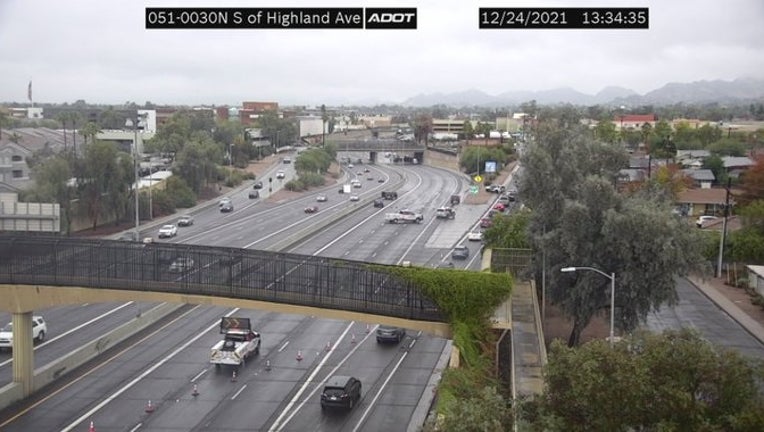 PHOENIX - Officials with DPS say a six-car crash prompted the closure of the northbound lanes of State Route 51 at Highland Avenue in Phoenix for some time on Dec. 24.

DPS officials say four people are being taken to the hospital, but the extent of their injuries is unknown. They also DPS officials say a trooper at the scene was struck either by debris or by a passing vehicle.

"The trooper is not reporting any injuries," read a portion of the statement.