With demand expected to be high for Super Bowl week, some employers in the Valley are trying to hire people quickly, and for some, there's an app for that. FOX 10's Steve Nielsen reports.

PHOENIX - Employers need to hire fast in the Phoenix area in order to meet expected demands for Super Bowl Week.

According to Goldman, they have big-time contracts coming up for Super Bowl Week events.

"We have lots of bookings for Super Bowl Week. It's going to be a very, very, very busy week," said Goldman

Also, sandwiched in between the events is the WM Phoenix Open. This means for Goldman and almost certainly other businesses, there are lots of one-time jobs that need to be filled.

"We have to be prepared for that," said Goldman.

Some of those businesses are reportedly turning to a Phoenix-based app called Qwick to fill the posts.

Qwick works with 1,500 Arizona businesses to post one-off freelance jobs to more than 100,000 potential workers. Retta Kekic says the platform is having its busiest month yet.

"Especially over the next few months, we have shifts left and right," said Kekic. "If you're working 9 to 5 and you're a bartender, jump on the Qwick platform and pick up shifts that work on your schedule."

There will be tens of thousands of jobs that need to be filled all at once. Anyone can apply to join the app, and officials with Qwick will vet the application quickly to make sure for Super Bowl Week, the Valley is fully staffed.

"That's the magic of working on a platform like this. You can get on the platform and work only one shift, or work a shift every single day," said Kekic. 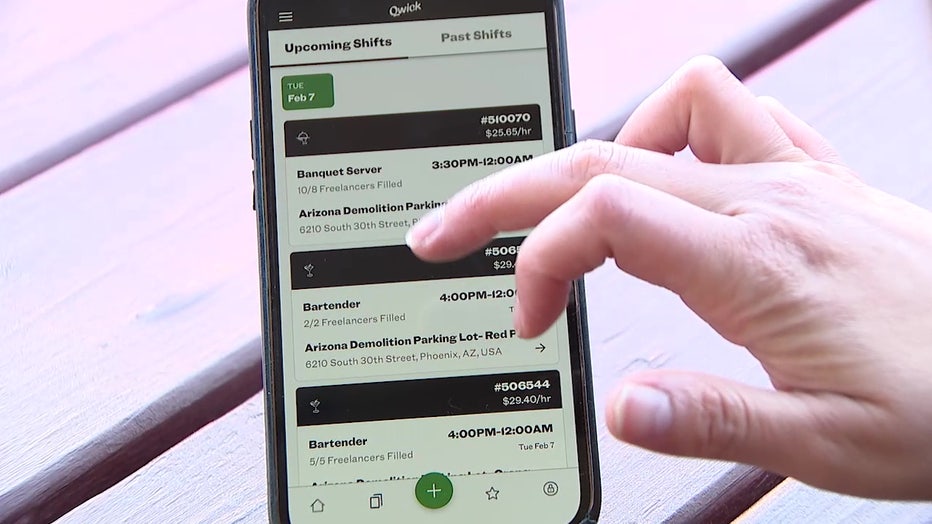