The flight is one of a number of similar flights that are reportedly being conducted in the interest of public safety. The flights reportedly measure radiation level ahead of the big game. FOX 10's Steve Nielsen reports.

PHOENIX - Ahead of the Super Bowl game, Federal officials flew a helicopter low to the ground for hours in the Phoenix area, and officials say it's all about public safety.

The flight can be heard by people in the Phoenix area.

"It was loud," said Shawn King. "I did notice they had two pontoons on the side of it, so it seemed a little different from the movie helicopters that I've seen in the past."

Here's what you should know about the helicopter flights.

Why are the flights happening?

The flights are done by the Nuclear Emergency Support Team before significant events like the Super Bowl.

The flights, which fly as low as 150 feet, allows for the use of sensors to measure radiation.

"We plan to cover different portions of the city," said Daniel Haber with the National Nuclear Security Administration's Remote Sensing Laboratory. "Typically, we just fly grid patterns, so a series of parallel lines."

What exactly is radiation?

According to the Centers for Disease Control and Prevention, radiation is energy that comes from a source, and travels through space at the speed of light.

On the EPA's website, it is stated that there are a number of sources for radiation, some of which are natural, such as:

Radiation is also used in medical settings. According to the Mayo Clinic, radiation therapy is a type of treatment for cancer.

The EPA's website also states there are man-made sources of radiation, such as nuclear reactors, nuclear weapons tests and nuclear accidents.

If radiation is mostly natural, why are they measuring it?

Haber said they are mapping key areas of the city to get a baseline level of radiation to compare, just in case something happens.

"For the key areas of the city that are supporting the Super Bowl, we are trying to map out those areas and have a baseline if there is a release of radioactivity to the environment by maybe, you know, some hostile actor that then becomes a law enforcement situation," said Haber.

What else is being done to keep the event safe?

Ahead of the big game, the Arizona National Guard is increasing their presence in the Valley, and FOX 10's Desiree Fluellen has more on their plans to keep people safe.

In December 2022, we reported on a meeting between NFL's security team, the FBI, police, and EMTs, where they went over several security scenarios.

"Call it [a] Uvalde shooting, a plane crash, accident on the freeway [the] week of the Super Bowl, see how we would handle that response," said FBI special agent Akil Davis.

In the meantime, officials with the Arizona National Guard say they are increasing their presence in the Phoenix area.

"We will be in various locations, conducting various types of operations, assisting," said Thomas Chiancone, Deputy Commanding Officer with the 48th Explosive Ordnance Disposal Group. "We will have some teams on standby, conducting response."

Chiancone and other teams will be spread out throughout the Phoenix area. Chiancone said 17 teams will support the operations.

"Including those teams, 200 men and women will be here in the Valley, helping to keep us safe," said Chiancone. 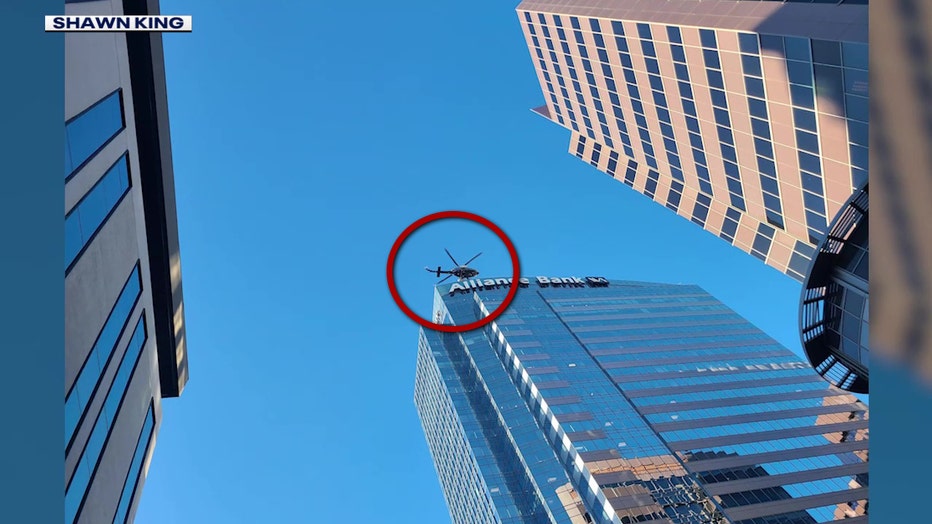