PHOENIX - A suspect is dead after he was shot Tuesday night by a Phoenix Police officer, the department said on July 21.

According to police, the shooting happened near 32nd and Van Buren Streets when a training officer and a trainee, who's been on the job for just two weeks, were called to an apartment complex at about 7:30 p.m.

Once on the scene, the officers met up with a woman who said her husband had hit her and was armed with a knife.

As an officer approached the apartment, the armed suspect walked outside.

The Phoenix Police Department is investigating after an officer-involved shooting Tuesday night near 32nd and Van Buren streets.

FOX 10 has learned it was the training officer who opened fire on the suspect.

The suspect, identified as 31-year-old Miguel Hernandez-Rodriguez, was taken to a hospital where he later died.

There were also five children between the ages of 1 and 8 inside the apartment. They were not injured. 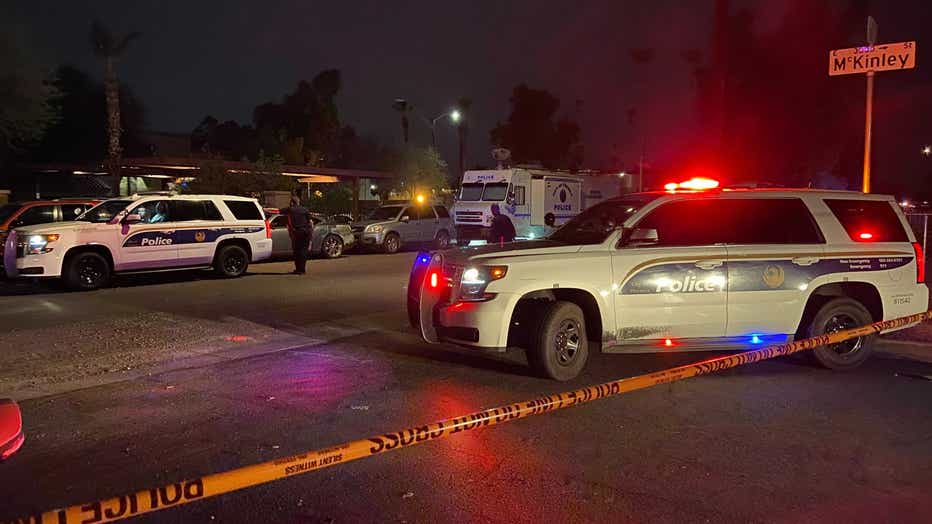