Watch as NASA rover successfully touches down on Mars

Ground controllers celebrated Feb. 18, 2021 over news that the Perseverance rover had landed on Mars in a quest to bring back rocks that could answer whether life ever existed on the red planet.

While the global pandemic may have continued to absorb the world’s attention in 2021, such as the ongoing drive to vaccinate the population against COVID-19, many unrelated medical advances, scientific discoveries and other notable events happened throughout the year.

Some of these breakthroughs may not have grabbed everyone’s attention but could ultimately prove to enhance lives in the future or open the door for further discovery — potentially even on another planet.

Here’s a look at some notable things you may have missed in 2021: 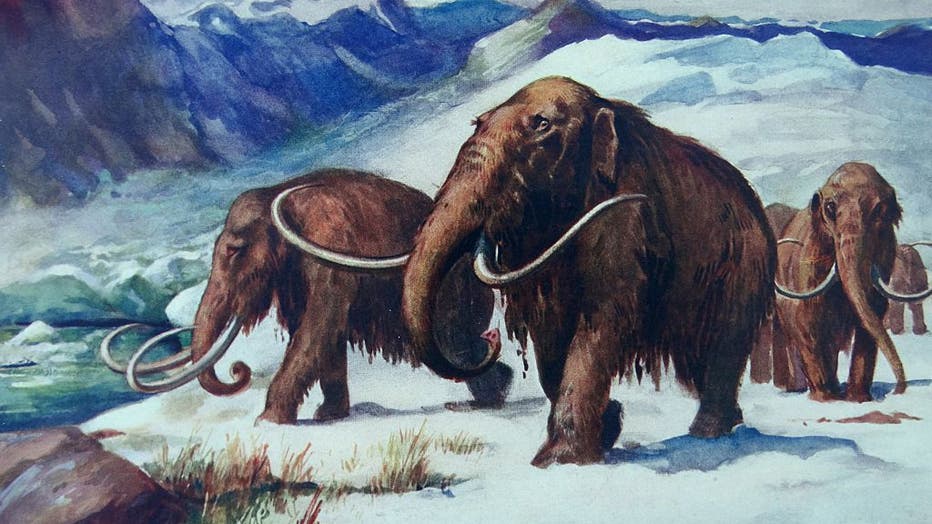 Scientists in February made a mammoth discovery. The oldest DNA on record was sequenced from the teeth of a mammoth who roamed the planet more than 1 million years ago.

Researchers, led by evolutionary geneticist Love Dalén at the Swedish Museum of Natural History in Stockholm, accomplished the feat using three mammoth teeth that were excavated from the Siberian permafrost in the 1970s. The findings also revealed a previously unknown kind of lineage, according to findings published Feb. 17 in Nature.

By crossing the million-year threshold, ancient-DNA researchers might be able to access the early histories of other mammals, Dalén said. 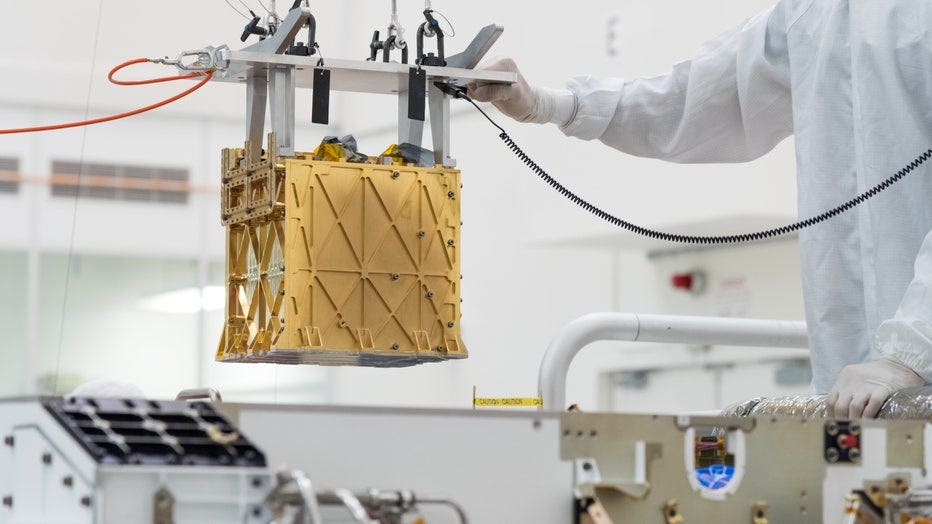 FILE - Technicians in the cleanroom carefully lower the Mars Oxygen In-Situ Resource Utilization Experiment (MOXIE) instrument into the belly of the Perseverance rover.

NASA’s Perseverance rover on Mars extracted oxygen from the red planet’s atmosphere successfully in April, marking the first time in history a man-made device was able to isolate oxygen on another planet.

An instrument on the rover, called the Mars Oxygen In-Situ Resource Utilization Experiment (MOXIE), accomplished the feat on April 20 — or the 60th Martian day, the space agency said. It was able to produce 5 grams of oxygen, which is equivalent to about 10 minutes’ worth.

"While the technology demonstration is just getting started, it could pave the way for science fiction to become science fact – isolating and storing oxygen on Mars to help power rockets that could lift astronauts off the planet’s surface," NASA said in a statement.

A highly anticipated report containing everything the U.S. government knows about UFOs — or as the Pentagon refers to the mysterious aerial sightings, "UAP" — was unclassified and released to the public.

The U.S. government released a long-awaited report on UFOs in June about what’s known (or perhaps what’s not known) about sightings of mysterious flying objects that have been reported over several years.

Investigators reviewed 144 sightings of aircraft or other devices apparently flying at mysterious speeds or trajectories and did not find extraterrestrial links. But they did highlight the need for better data collection.

There were 18 cases in which witnesses saw "unusual" patterns of movement or flight characteristics, the report said, adding that more analysis was needed to determine if those sightings represented "breakthrough" technology.

Despite a lack of conclusions, the report on what the government calls "unidentified aerial phenomena" still represented a milestone in the study of the issue.

After its release, a team of scientists led by Harvard University astrophysicist Avi Loeb launched the Galileo Project to search for evidence of extraterrestrial life through artifacts or technology that have potentially been left behind.

"Given the recently discovered abundance of habitable-zone exoplanets, with potential for extraterrestrial life, the Galileo Project is dedicated to the proposition that humans can no longer ignore the possible existence of Extraterrestrial Technological Civilizations," Loeb said in a July 26 statement.

"Science should not reject potential extraterrestrial explanations because of social stigma or cultural preferences that are not conducive to the scientific method of unbiased, empirical inquiry. We now must ‘dare to look through new telescopes’, both literally and figuratively," he added.

Roughly 34 million people, or just over 1 in 10 Americans, have diabetes, according to the American Diabetes Association. It’s also the seventh leading cause of death in the U.S. and the most expensive chronic condition at $327 billion spent annually. For those who need to take insulin every day to survive, the high out-of-pocket costs have drawn scrutiny for years from patients, advocates and U.S. lawmakers.

But in July, U.S. regulators took action that made it easier to get a cheaper, generic version of a brand-name insulin at the drugstore. The FDA moved to allow pharmacists to automatically substitute the cheaper version, just as they do with generic pills for other kinds of drugs.

The agency agreed that Viatris Inc.’s Semglee was interchangeable with widely used Lantus, a long-acting insulin.

It was the FDA’s first approval of an "interchangeable" biosimilar, a near-copy of an injected biologic medicine that’s manufactured inside living cells. Experts said it could save diabetics and health plans millions of dollars annually and encourage other drugmakers to create more biosimilar medicines.

Health data firm IQVIA projected U.S. savings from increasing use of biosimilars from 2020 through 2024 will top $100 billion.

Depending on the pharmacy, Semglee injector pens cost about $150 to $190 without insurance for a typical month’s supply, compared to $340 to $520 for the same supply of brand-name Lantus.

A much-anticipated report, released by the authoritative Intergovernmental Panel on Climate Change (IPCC) in August, warned that climate change is widespread, rapid and intensifying — and some trends are now irreversible.

The report called climate change clearly human-caused and "unequivocal," warning that it’s already affecting many weather and climate extremes in every region across the globe. It also made more precise and warmer forecasts for the 21st century than it did last time it was issued in 2013.

The UN Secretary-General António Guterres said the report was nothing less than "a code red for humanity."

The report also stated that human actions have the potential to determine the future course, particularly with strong and sustained reductions in emissions of carbon dioxide (CO2) — the main driver of climate change — as well as limiting other greenhouse gases and air pollutants. 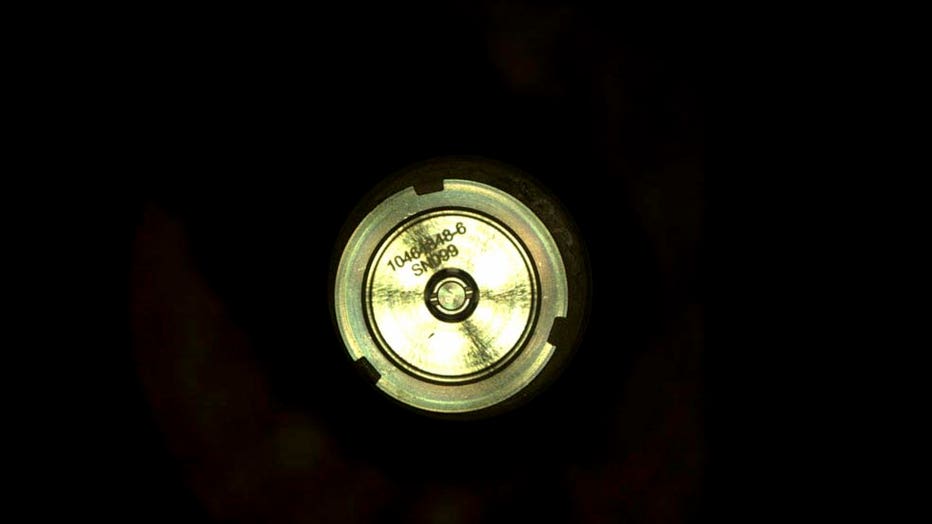 NASA’s Perseverance rover on Mars accomplished another historic feat in September, successfully drilling and collecting the first sample of Martian rock. The Perseverance rover team later confirmed the collection after reviewing photos of the core sample in an airtight titanium sample tube.

Perseverance arrived in February at Mars’ Jezero Crater — a former lakebed and river delta — in search of rocks that could contain evidence of past life. Future spacecraft will collect the specimens and deliver them to Earth a decade from now. The rover has more than 40 sample tubes.

"This is a momentous achievement and I can’t wait to see the incredible discoveries produced by Perseverance and our team," NASA Administrator Bill Nelson said in a Sept. 6 statement.

The ACL, or anterior cruciate ligament, stretches from the front to the back of the knee and aids in keeping it stable. Torn ACLs are among the most common knee injuries in the U.S., but until recently, treatment has been limited to ACL reconstruction.

But this surgery can be invasive and usually requires "using tendon or a combination of tendon and bone from other parts of the body, or obtained from a tissue bank, to complete the reconstruction," said Capt. Raquel Peat, director of the FDA’s Center for Devices and Radiological Health’s Office of Orthopedic Devices.

The newly-approved BEAR Implant by Miach Orthopaedics, which was granted marketing authorization by the FDA in late 2020, is absorbed by the body and made from bovine collagen. It’s secured via suture to bridge the gap between the torn ends of a patient’s ACL. Their own blood is injected into the implant to allow the formation of a clot, which is necessary for healing, according to a press release.

Within about eight weeks, the implant is absorbed and replaced by the body’s own tissue.

The BEAR Implant is for "skeletally‐mature" patients at least 14 years old with a complete rupture of the ACL, as confirmed by an MRI. Patients must also be able to undergo surgery within 50 days of the injury.

Miach Orthopaedics, a company that develops bio-engineered surgical implants for connective tissue restoration, began its post-market study of the implant in September and treated the first patient — a 32-year-old male with a mid-substance ACL tear. The multi-center cohort study will follow 250 patients for 10 years.

The World Health Organization (WHO) in October endorsed the world’s first malaria vaccine and said it should be given to children across Africa in the hope that it will spur stalled efforts to curb the spread of the parasitic disease.

WHO Director-General Tedros Adhanom Ghebreyesus called it "a historic moment" after a meeting in which two of the U.N. health agency’s expert advisory groups recommended the step.

"Today’s recommendation offers a glimmer of hope for the continent, which shoulders the heaviest burden of the disease. And we expect many more African children to be protected from malaria and grow into healthy adults," Dr. Matshidiso Moeti, WHO’s Africa director, said in an Oct. 6 statement.

WHO said its decision was based largely on results from ongoing research in Ghana, Kenya and Malawi that tracked more than 800,000 children who have received the vaccine since 2019.

The vaccine, known as Mosquirix, does face challenges: The vaccine is only about 30% effective, it requires up to four doses, and its protection fades after several months.

Still, scientists hoped the vaccine would have a major impact against malaria in Africa, home to most of the world’s more than 200 million cases and 400,000 deaths per year.