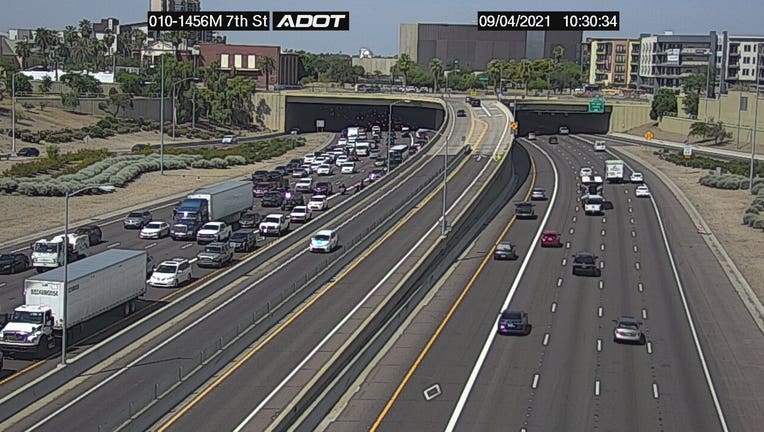 PHOENIX - Two men are fighting for their lives after a collision on Interstate 10 near 7th Street early Saturday morning.

Phoenix fire officials said that when they arrived at the scene of the crash on Sept. 4, they found that two people had been thrown from their vehicles. Two cars were involved.

Both crash victims, identified as men in their late 20s and early 30s, were hospitalized in extremely critical condition.

The right lane and shoulder are blocked in the area.