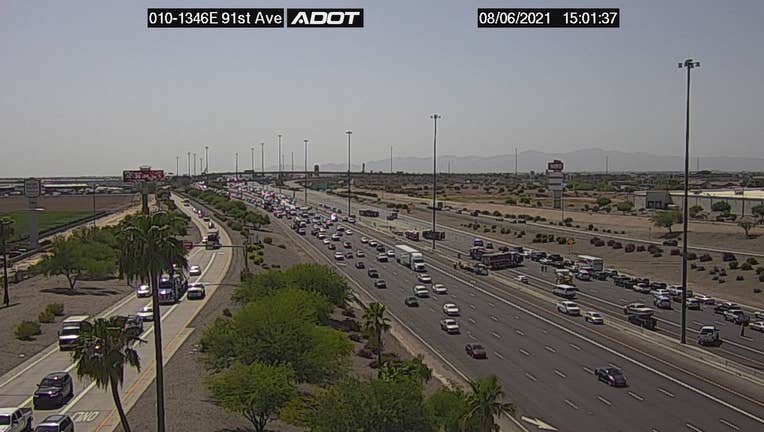 TOLLESON, Ariz. - The westbound lanes of Interstate 10 were temporarily stopped due to a crash near 83rd Avenue.

According to the Department of Public Safety, preliminary information from Aug. 6 indicates that this is a multi-vehicle collision.

"One of the vehicles involved cross the median and struck a vehicle in the eastbound lanes," stated DPS officials.

Just after 3:20 p.m., the right lanes of I-10 reopened, while the HOV and left lanes remained blocked for the crash.

The Arizona Department of Transportation says delays stretch to about 43rd Avenue.

"Expect major delays and seek an alternate route. There is no estimated time for the crash and delays to clear."