Police arrested Jovanny Bencomo who allegedly hit two cars at the intersection of 71st Avenue and Thomas Road on on July 30, killing a father of four.

PHOENIX - Police have arrested a driver who they say was involved in a deadly hit-and-run in West Phoenix.

According to Phoenix Police, Jovanny Bencomo is accused of hitting two cars at the intersection of 71st Avenue and Thomas Road on July 30 before leaving the scene.

One of the victims, Aaron Maldonado, was on his way home from work at around 10:00 a.m. when Bencomo was allegedly behind the wheel of a Chevrolet Tahoe and hit his pickup truck.

Maldonado was hospitalized but later died from his injuries.

According to court documents, officers on August 4 responded to a home near 47th Avenue and Indian School Road for reports of a Chevy Tahoe that was believed to have been involved in the crash that killed Maldonado.

The Tahoe was backed into a covered carport with clothes covering the front end of the vehicle.

"The hood appeared to be damaged and unable to close and the front drivers side tire was missing the hub cap," read a portion of the court documents.

Bencomo was located by police and taken into custody.

During an interview, police say Bencomo said that his mother owned a Chevy Tahoe and "that he drives it sometimes."

"Jovanny continued to state that he did not want to go to jail," police said in the court documents.

"Jovanny never denied being involved in the fatal collision and continued to state that he did not know," read the court documents. 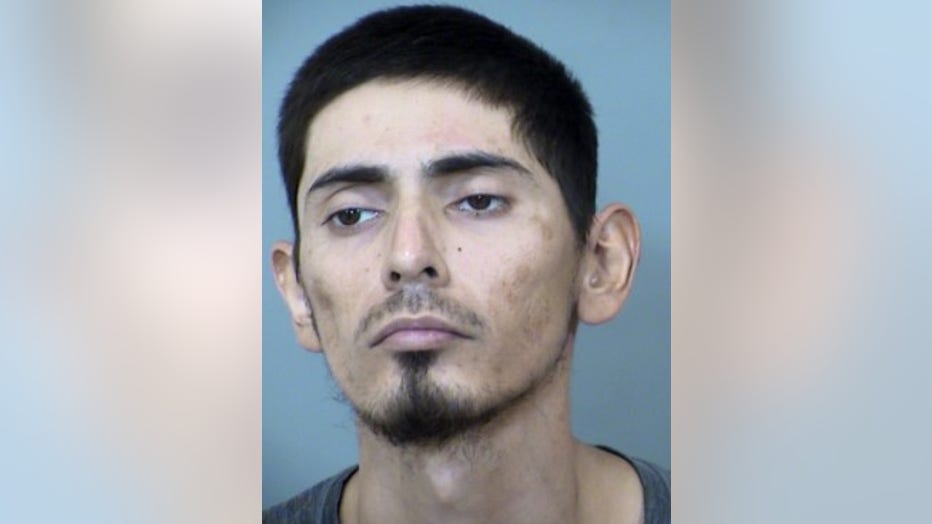 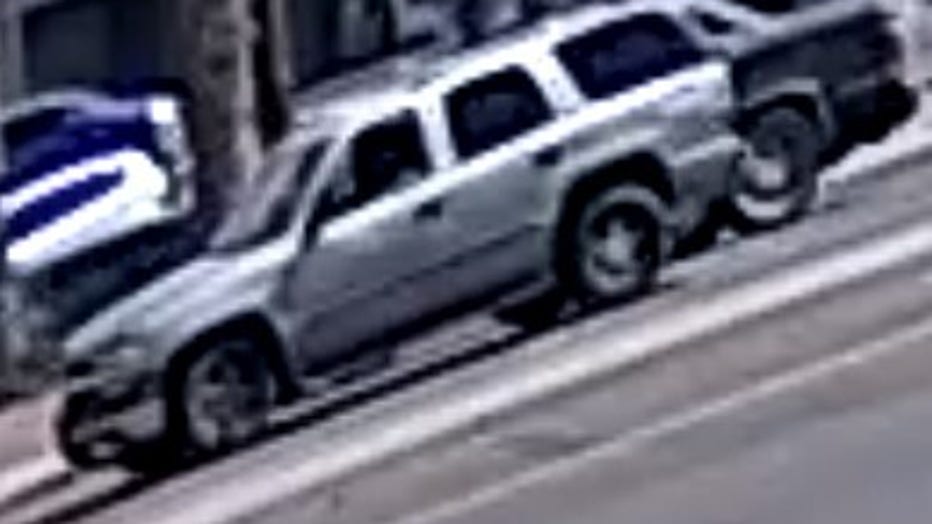 A photo of the suspect's vehicle

The crash happened on July 30 at the intersection of 71st Avenue and Thomas Road in West Phoenix, and the death of Aaron Maldonado has left his family devastated. FOX 10's Irene Snyder reports.

The Maldonado family is grieving Aaron's death. He would have turned 49 on Aug. 5.

"He left a good man there. A good man dying alone," said Aaron's widow, Crystal Maldonado. "Just such a coward, coward person to do such a thing."

Crystal said she knew something wasn't right when Aaron took more than an hour to make it home. She got in her car, searching along his normal route, and that was when she found the wreck, and learned her husband had died.

"It was horrible. He was a good man. He provided for our family. He was a good husband. He wanted no more than the best for his kids. He just wanted time spent with our family, and everything was all focused on us," said Crystal.

Aaron leaves behind four children, and on Aug. 4, the family visited a memorial placed in Aaron's memory.

"It's a big loss for many, many people. A horrible loss, tragedy for us and all those that he's touched by his genuine smile," said Crystal. "His personality. He loved making people laugh. To see our life continue without someone so great, it just is not fair."

And at this point, the thing that is holding the family together is the support of the community.

"Almost every day, we open our door to flowers or cookies and cards," said Crystal. "It's just -- it's been a huge blessing."