The Apache Junction Police Department is one step closer to identifying a 29-year-old Jane Doe with the help of the DNA Doe Project.

APACHE JUNCTION, Ariz. - A new lead has been discovered in the case of an unidentified girl known as Apache Junction Jane Doe.

It's been 29 years since police found her body and now with the help of genealogy research, investigators have identified a close relative they need help locating.

"It's mysterious. It's one of those stories that people are interested in."

Her body was found by a man walking his dog in the desolate area near the northwest corner of Idaho and Baseline Roads, south of US-60 in Pinal County.

Apache Junction Jane Doe is believed to have been between 16 and 18 years old.

"I think most people have the feeling as we do that she should be laid to rest properly, that she should be identified and somebody should recognize that she lived and that she mattered," said Cpl. Marshall Harshman with Apache Junction Police Department.

An autopsy failed to determine the cause of death but investigators believe Apache Junction Jane Doe had been here for nearly five weeks before her body was discovered.

Through her DNA profile, Apache Junction Jane Doe is believed to be half black and Hispanic. She was estimated to be about five feet one inch tall, wearing blue denim cut-off shorts, a light-colored short-sleeved T-shirt with soccer balls on the front and back, and also wore a yellow metal ring.

"A ring she had a bus token from Phoenix and there was a little paper penny in her pocket," Cpl. Harshman said. 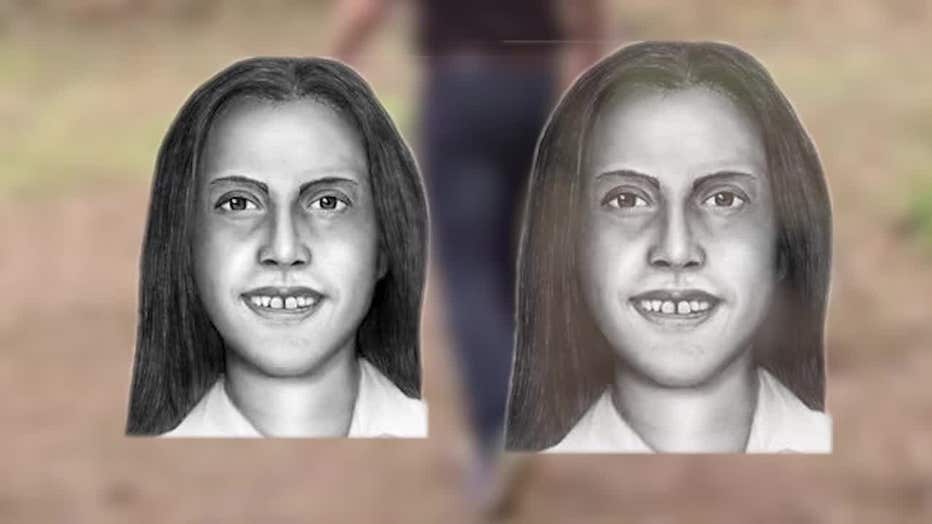 Since 2018, Apache Junction Police Department teamed up with DNA Doe Project, a non-profit dedicated to identifying John and Jane Does.

Cairenn Binder continues to work the Apache Junction case using GEDMatch, a website for genetic genealogy research equipped with a global database in which anyone can upload their DNA file.

"We can see all of the matches that are in GEDMatch, instead of just those that have opted in, so when that happened, we got some really solid new matches for Apache Junction Jane Doe and those have led us to find some people that we suspect could be in her close family," Binder said. "So we're currently looking for those people, and it's hard because we're doing a little international search right now."

DNA Doe did locate a first or second cousin of the Jane Doe, who provided a name they had heard of before.

"This is the biggest lead we've had in this case to have the name of somebody," Cpl. Harshman said.

Bernhard Lyon Neumann is his name. Who is he?

Police say he is a crucial link to identifying Apache Junction's Jane Doe, but they say he is not a suspect in the case at all. Neumann is simply a close relative.

Born in 1953 near Darmstadt and Eberstadt, Germany. His mother was named Else Maria Neumann, and his father's name was unknown, but he was an African-American believed to be a service member stationed in Germany.

More Only on FOX special reports:

"This is the closest we've been and we've been working on this case for a really long time so it's super exciting," Binder said.

But is Neumann alive? If he is, is he living in the United States? It's a critical piece of the puzzle for investigators to find.

Harshman hopes someone out there recognizes the name in their own family tree. It could lead to identifying the mystery Jane Doe of Apache Junction.

"This has been a mystery that has been plaguing our department and plaguing our investigators for a long time, so we're happy to be this close. We're hopeful now but we still have some work to do."

If you have any information or think you know someone who could know anything about Neumann, please contact Apache Junction Police.