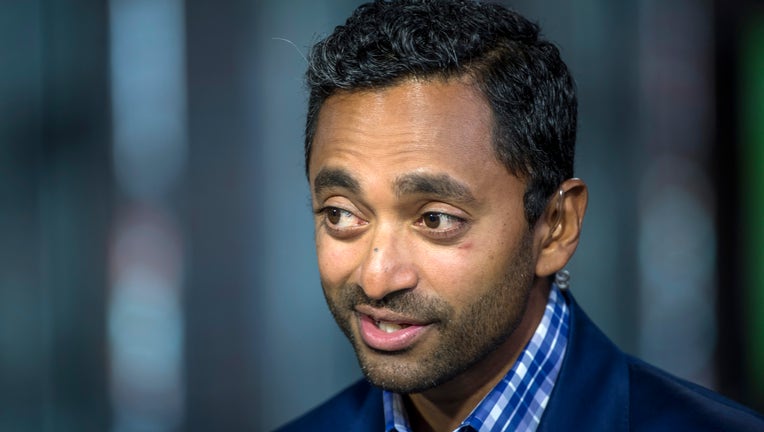 Chamath Palihapitiya, a part-owner and director of the NBA's Golden State Warriors and venture capitalist, offered the "very hard ugly truth" about China’s human rights abuses against Uyghur Muslims in a podcast interview.

Palihapitiya appeared on the "All in Podcast" on Saturday. He made his remarks about Uyghur Muslims after his co-host Jason Calacanis praised President Biden for his decision to ban the import of goods made through forced Uyghur labor.

When co-host David Sacks said it’s just not top of mind for most people, Palihapitiya pushed back.

"That’s not caring. … I care about the fact that our economy can turn on a dime if China invades Taiwan. I care about climate change. I care about America’s crippling and decrepit health care infrastructure. But if you ask me do I care about a segment of a class of people in another country? Not until we can take care of ourselves will I prioritize them over us," Palihapitiya said.

"And I think a lot of people believe that and I’m sorry if that’s a hard truth to hear but every time I say that I ‘care about the Uyghurs’ I’m really just lying if I don’t really care and so I rather not lie to you and tell you the truth. It’s not a priority for me."

Calacanis called it a "sad state of affairs" when human rights issues are being put on a back burner. Palihapitiya called it a "luxury belief."

"That’s another luxury belief. And the reason I think it’s a luxury belief is because we don’t do enough domestically to actually express that view in real tangible ways. So until we actually clean up our own house, the idea that we step outside of our borders with us sort of morally virtue signaling about somebody else’s human rights track record it’s deplorable," he added.

The Warriors didn’t immediately respond to FOX Business’ request for comment. They later released a statement.

"As a limited investor who has no day-to-day operating functions with the Warriors, Mr. Palihapitiya does not speak on behalf of our franchise, and his views certainly don’t reflect those of our organization," the Warriors said in a statement.

Palihapitiya detailed how he was able to become part-owner of the team in 2011.

The Biden administration’s import law was signed in December. It was the U.S. latest attempt to get tough with China over its systemic and widespread abuse of Muslim Uyghurs in the Xinjiang region of the country.

China has denied any abuses, claiming the steps it has taken were necessary to combat terrorism and separatist movements.

The NBA came under fire in 2020 over its training centers in the Xinjiang regions. The league later said it has had no involvement with the camp and the relationship was terminated.

Only NBA players Enes Kanter and Rudy Gobert have spoken out about the abuses to Uyghur Muslims.