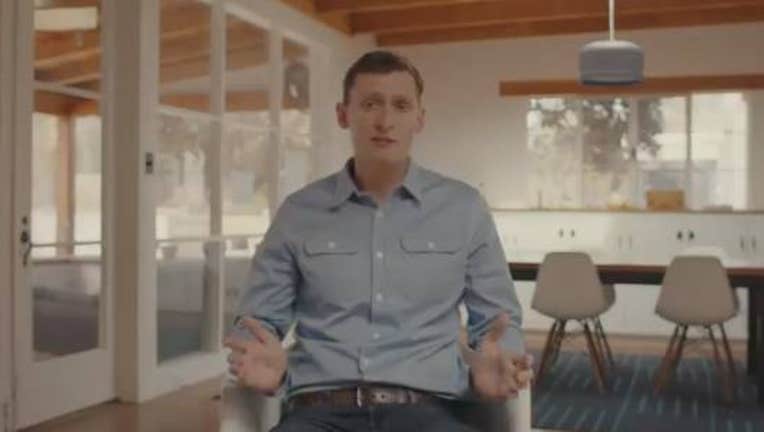 PHOENIX - Blake Masters, an ally of billionaire investor Peter Thiel, kicked off his campaign on July 12 for the Republican nomination to challenge Democratic U.S. Sen. Mark Kelly of Arizona.

Masters, who grew up in Tucson and moved back to southern Arizona in 2018, is a senior executive for Thiel’s investment firm and foundation. This is his first run for political office.

Appearing in an announcement video with his wife and three young boys, Masters says America needs to finish the border wall, enforce the law and build an economy where families can live on a single income.

"I fear that we are losing the country," Masters told The Associated Press. "I want my kids to grow up in an America that works like the one I grew up in. I want them to grow up in a country that I still recognize."

Masters joins a crowded field of Republicans looking to take on Kelly in one of the top-tier U.S. Senate races of 2022, which will help determine which party controls the upper chamber of Congress.

He gained notoriety in some circles for his detailed notes on a class Thiel taught at Stanford University. They went on to collaborate on the 2014 book, "Zero to One: Notes on Startups, or How to Build the Future," and Masters went to work for Thiel. He rose to chief operating officer of Thiel Capital and president of the Thiel Foundation, positions he said he continues to hold.

Thiel was a prominent 2016 donor to President Donald Trump’s campaign and is widely expected to spend millions supporting Masters’ campaign through an independent super PAC. But Masters said he won’t be beholden to his boss and political benefactor, saying he’d never grant special favors and will be "one of the most independent senators out there."

"I’m doing what I think is right," Masters said. "I think Peter and I agree on a whole lot. He obviously sees something in me. I’m grateful for it."

He was highly critical of large tech companies, the H-1B visas they use to bring workers from overseas and targeted advertising, the business model behind the billions of dollars in revenue at behemoths like Facebook and Google. He described himself ideologically as "an America first conservative," using the phrase that Trump popularized with much of the GOP base.

Trump’s endorsement, if he gives one, will be an influential and potentially decisive factor in the Republican primary.

Masters said he supports the ongoing review of ballots in Maricopa County being conducted on behalf of legislative Republicans, led by a Trump supporter who promoted the former president’s unfounded election conspiracy theories.

Asked whether he believes Democratic President Joe Biden was the legitimate winner of the 2020 election, Masters deflected.

Election experts say the 2020 vote count was secure and accurate.

Masters considered challenging Republican Sen. Martha McSally last year, spooking some in the GOP who feared he would weaken the incumbent ahead of the general election, but opted against running. McSally lost to Kelly, who is now finishing the term of the late Sen. John McCain and seeking his own six-year term in office.

Kelly is a retired astronaut who rose to prominence following an assassination attempt that wounded his wife, former U.S. Rep. Gabby Giffords. He has been one of the most successful Democrats to run statewide in Arizona, defeating McSally by 2.4 points last year even as Democratic President Joe Biden won by just 0.3 points and Republicans were successful in lesser-known races down the ballot.