A dog became an unlikely hero after sniffing out a trapped kitten in his back yard.

LAWRENCEVILLE, Ga. - A dog in Lawrenceville, Georgia rescued a kitten trapped inside a coiled hose in his owner’s back yard.

In the video posted by the dog’s owner Josue Flores Quintanilla on TikTok, the dog, Rex, had been barking at the hose all day.

RELATED: Homeless veteran reunites with his missing dog in California

Flores Quintanilla went over to the hose to see what all the fuss was about. When he unraveled it, he was shocked to find a small gray kitten trapped inside the coil.

He rescued the kitten, took her inside and fed her milk, all thanks to Rex. 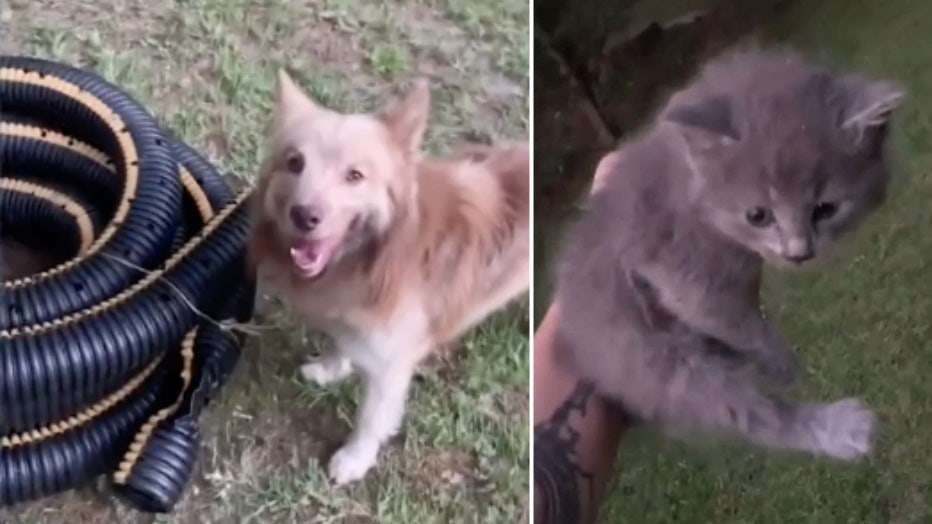 When the owner unraveled the hose, he was shocked to find a small gray kitten trapped inside the coil. (Josue Flores Quintanilla via Storyful)

While Flores Quintanilla cared for the kitten, his own cat, Bobby, stopped by to say hello to the new addition.