Ducey’s general counsel, Anni Foster, outlined her objections in a letter to Tucson’s city attorney on Wednesday, a day after the City Council voted to set Dec. 1 deadline for vaccinations.

Tucson officials say their plan is legal after a Maricopa County judge struck down a state law banning vaccine mandates. But Foster says a different section of the law requires the city to accommodate any employee who requests a vaccination exemption for religious reasons and cannot deny the request.

She also said an executive order from earlier this month blocks the city’s plan, warning violating the order "carries a criminal penalty."

As of last week, around 300 of the city’s 4,000 employees hadn’t been vaccinated or received an exemption.

Under the city’s ordinance, Tucson employees who haven’t received at least one shot of the vaccine and have not received an approved exception or accommodation from the city by Dec. 1 could receive a termination notice as soon as Dec. 3.

"This is just another politically motivated attempt to micromanage Tucson and deflect from his utter failure to manage the COVID-19 pandemic," Tucson Mayor Regina Romero said in response to the letter from Ducey’s lawyer. 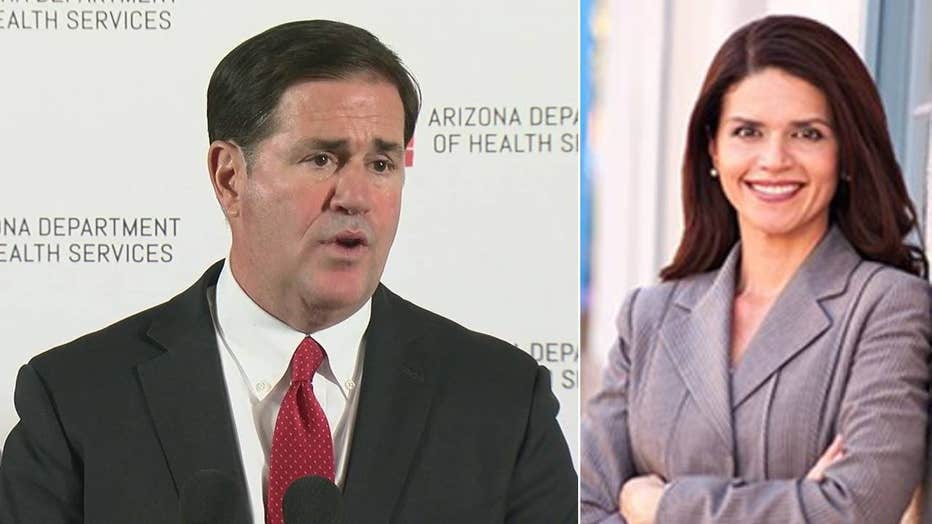